I was looking at something recently which made me think of the work I’ve been exploring around the backdrops used in World War One postcards, such as that below: 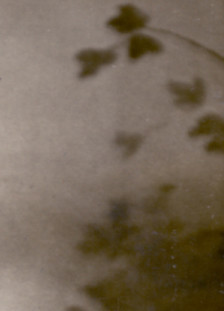 The idea of movement has played a key part in my ongoing research, and I’ve been thinking for some time of giving these backdrops a sense of movement which, I realised I could do by videoing the shadows cast by trees onto a canvas, as per the video below.
Another shadow is that in the photograph below, taken on the stairwell of William Wordsworth’s school in Hawkshead, in the Lake District. The shadow is something he might well have seen in that very same place over 200 years ago and as such, is something that is simultaneously both ancient and fleeting – much like history itself. 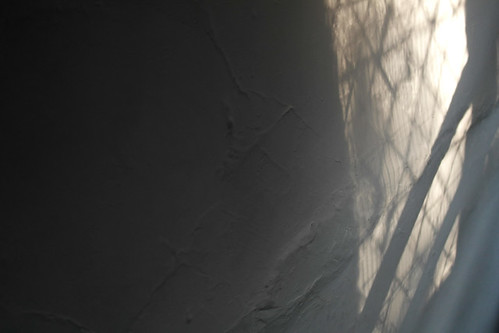 History of course comprises events that are by their nature transient. A shadow is also an everyday occurrence – something quite insignificant; and yet behind every significant historical event – including those of our own personal histories – lies a vast, incomprehensible network of everyday events. It is mind-blowing to think that every one of my ancestors had to lead their lives exactly as they did in order for me to be born me. From the time (literally) they got up every day, to when they went to bed, everything they did in between had to be as it was. One step out of place and I would not be here.