Dreamcatcher is an installation for the Brookes ‘Obsessions’ show at Modern Art Oxford in March 2008. Emerging from a series of ideas derived from my work on the Holocaust, it aims to explore the theme of memory, post-memory and moments in time using wallpapered drawings and string. But, as with all work when it moves from the sketchbook to the studio, things began to change; new questions were raised and new works began to reveal themselves in embryo. 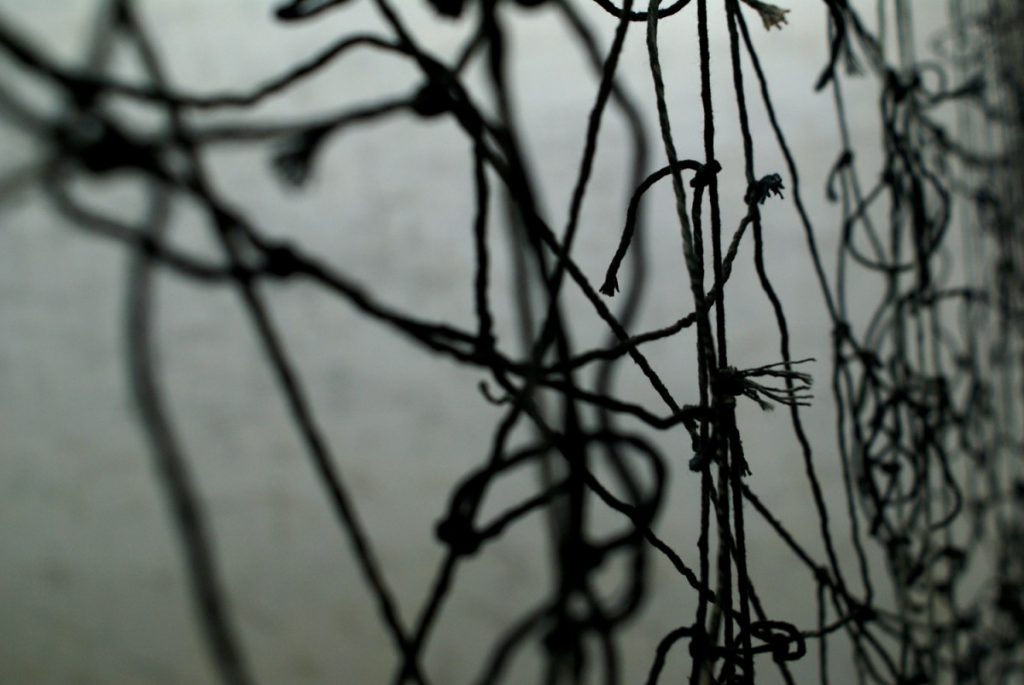 The following is the proposal submitted for the exhibition.

“The drawings could be said to represent a last, snatched glance at the gate-tower of Auschwitz-Birkenau and their number a testament to the number of people who died there. It could also be said to illustrate my own, almost obsessive incomprehension at having stood in a place where over a million people died. Death is described by the pieces of string – the thread of life drawn, measured and cut; each one tied to make the Dreamcatcher. Dreamcatchers themselves are said to let the good dreams through whilst snaring the nightmares, and for all the victims, Auschwitz-Birkenau was exactly that – an nightmare place which they could never leave. I on the other hand could do just that. I can never know what it was like to be there, just as they could never know what it was like to leave.”