This work was shown as part of a conference on the Holocaust held at Northampton University. One of the main focuses of the conference was the Bełżec Death Camp, Poland.

The individual images which make up the work are all taken from video footage shot at the camp during archaeological excavations on the site in 1998. 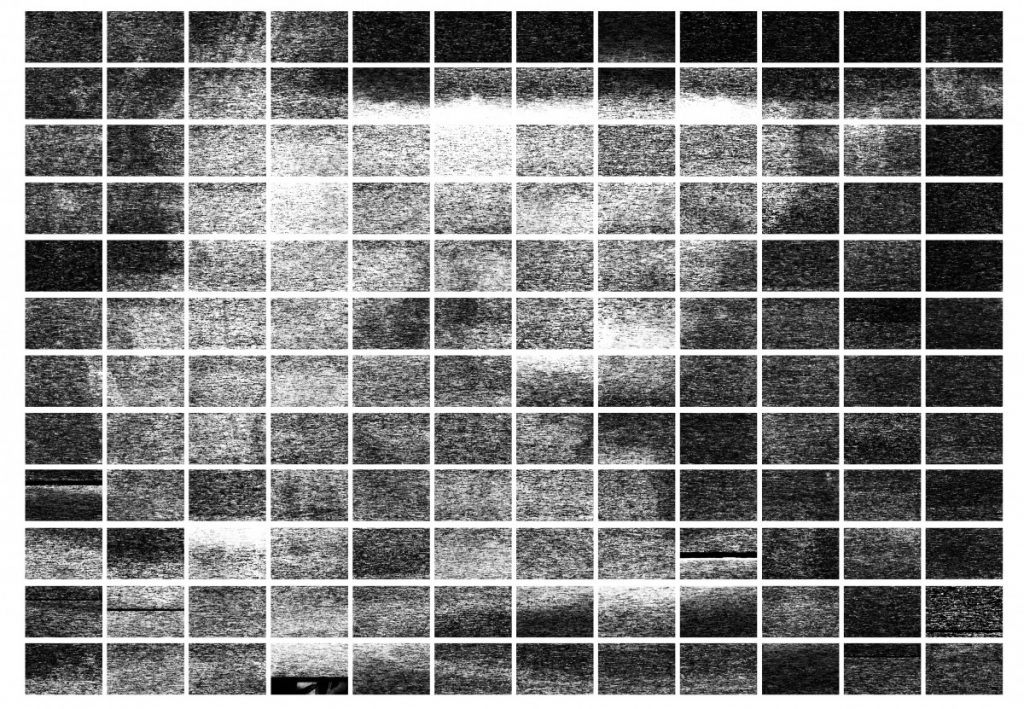 The first work, Snow, comprises screenshots of ‘snow’ taken from the footage, behind which a 1944 aerial view of the camp has been superimposed. Each image represents the end of something; an end to a section of the footage, corresponding to the end of a life. 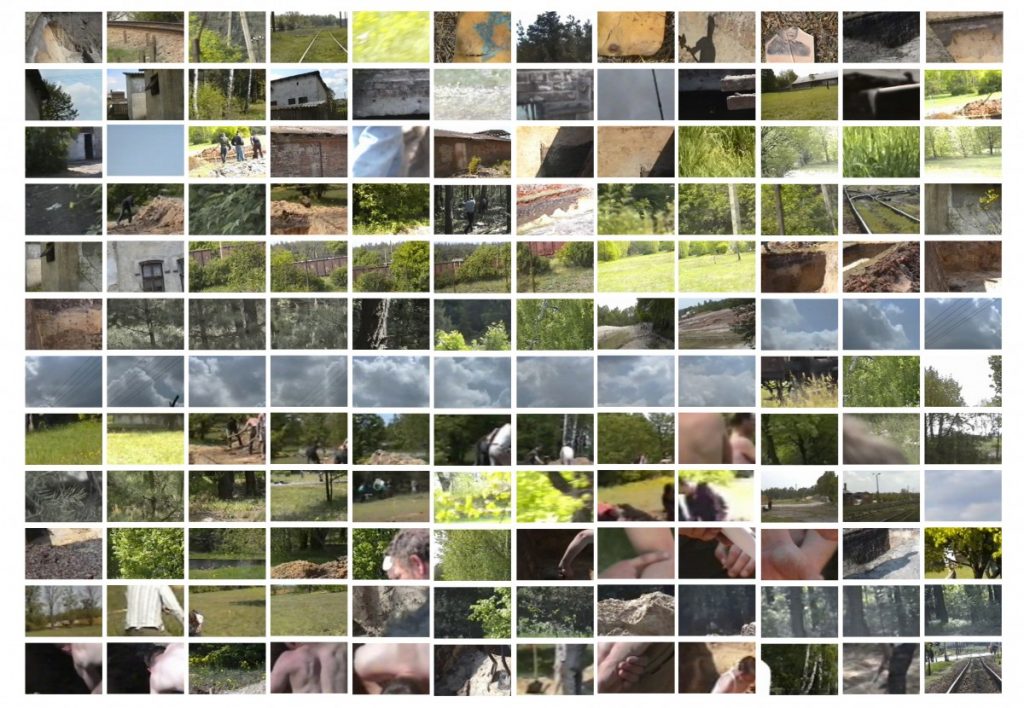 The second work, ‘The Past Was Never Black and White’ shows colour screenshots (details) taken from the footage and reminds us that when the atrocities were carried out at the camp, the world was in full colour; the trees were out, the grass was green, pits were dug.