In the past eighteen months I have visited numerous sites around Europe, all of which have witnessed the traumatic events of the Holocaust. The camps of Auschwitz-Birkenau, Majdanek and Bełżec in Poland and Natzweiler-Struthof in France, all once Hells on Earth for those caught in the jaws of History are now tourist attractions, and, as a result of this shift in status, are often imbued with a curious and palpable sense of disquiet.

For me, it’s the individual tourist’s resolution of this disquiet – the act of leaving or being able to leave – which in some respects makes such places popular today (heightening as it does our sense of existence, of life), but with this we as tourists are incumbent with a responsibility towards the memory of those who suffered in the past. When leaving a place like Auschwitz-Birkenau, one is aware of the stark contrast between now and then, past and present, of the fact that just as we can never know what it was like to be there, those imprisoned could never know what it was like to leave; even those who survived (writers such as Jean Améry, from whose book At the Mind’s Limit the title of this piece was taken) never really knew what it was like to leave this place behind. 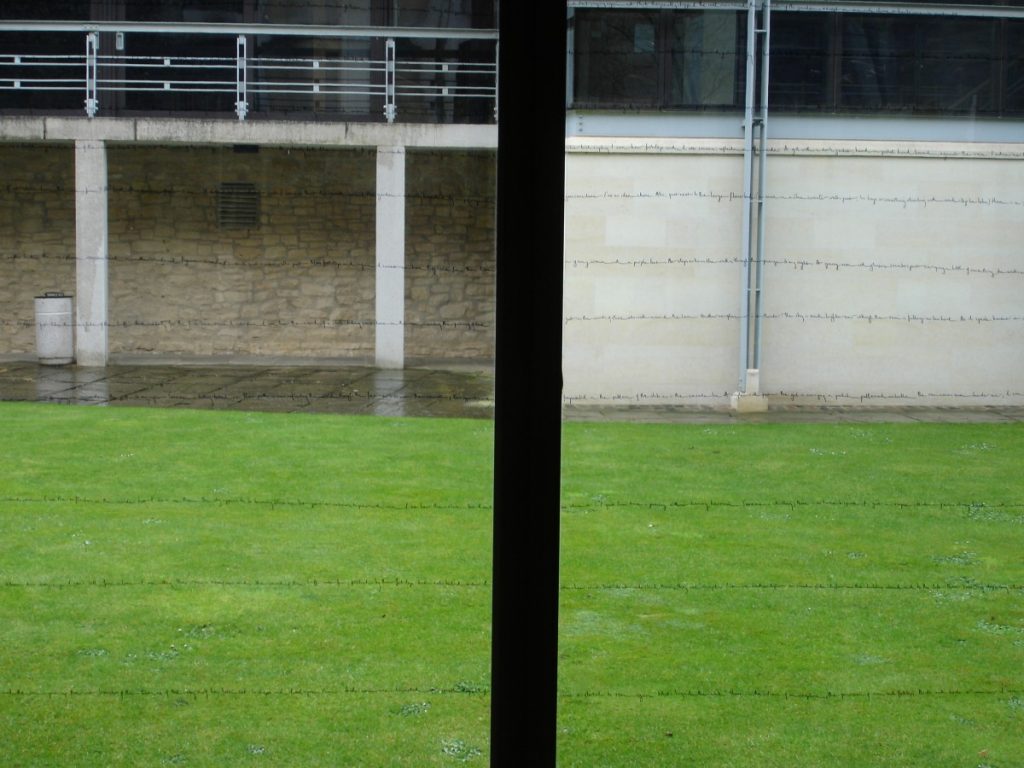 Even the most conscientious tourist, who reads so as to better understand a place of trauma, must always know that words will always be a barrier. Writers and artists must always be mindful of the fact that words (and indeed images) will never take us inside the camp as it really was; Elie Wiesel (a survivor of Auschwitz and Buchenwald) phrased the dilemma of the Holocaust’s visual representation by saying: ‘I would bring the viewer closer to the gate but not inside, because he can’t go inside, but that’s close enough.’

Being conscious of this distinction between the past and the present is itself a part of what it means to be responsible. We can only ever write in the ‘ordinary language of freedom’ which, as Améry wrote, survivors could only speak ‘with discomfort and without real trust in its validity.’ And yet this gap, between what we write today and what really happened, is perhaps no wider than the single step we take so as to leave and this in itself should serve as a warning about the potential of the future.

The work itself will involve my writing in water-based black marker pen on a series of windows. The writing will have the appearance of barbed wire stretched across the windows. The actual text will be a description of whatever I see outside beyond the glass at the time of writing – the ordinary world of the present, which will, when viewed later, become a description of the past (now lost). Viewers will be able to shift their focus between the real world as seen through the window (through the text) and the past as represented by the text itself; but the two will not be visible in their entirety when viewed at the same time. When the viewer does look at both at the same time, the text will simply be a fence holding them back; the gate of which Elie Wiesel spoke above.