It’s strange to think these words have lain silent for 100 years – hidden like fossil-shells pressed between the pages of a cliff face. Recounting, as the fossil recalls a vanished sea, a contemplative scene of remembrance, the scene now remembers as much itself as it does the fallen soldier.

A few years ago, I happened upon a quote of Rilke’s, paraphrased as part of an exhibition. The ‘depth of time’ it said, was revealed more in human gestures than in archaeological remains or fossilised organisms. The gesture is a ‘fossil of movement’; it is, at the same time, the very mark of the fleeting present and of desire in which our future is formed’

Reading the passage with which I began, I am struck in particular by the last few words: ‘all present standing in silence.’ As I read the words, the quiet gestures of my ancestors 100 years ago are made visible, felt. Like the lines on a fossil-shell – such as that pictured below – recalling in their pattern the vanished seas in which their signified others once lived, so in the words of Jonah Rogers’ obituary, one can hear the faintest echoes of World War I, not the sound of the battlefield, but the speeches and reciprocal silence of those inside the chapel.

But it’s not only their gestures – those inside the chapel – which, as I read the text, I can see and feel. It’s also those of a time before the war; times which like the gestures released by the text, were no doubt remembered by the mourners, recalled by limbs, nerves and twitching muscles as well as the very fabric of the place in which they were standing. Perhaps those who made “references to the death of Private Rogers” were talking about such times. 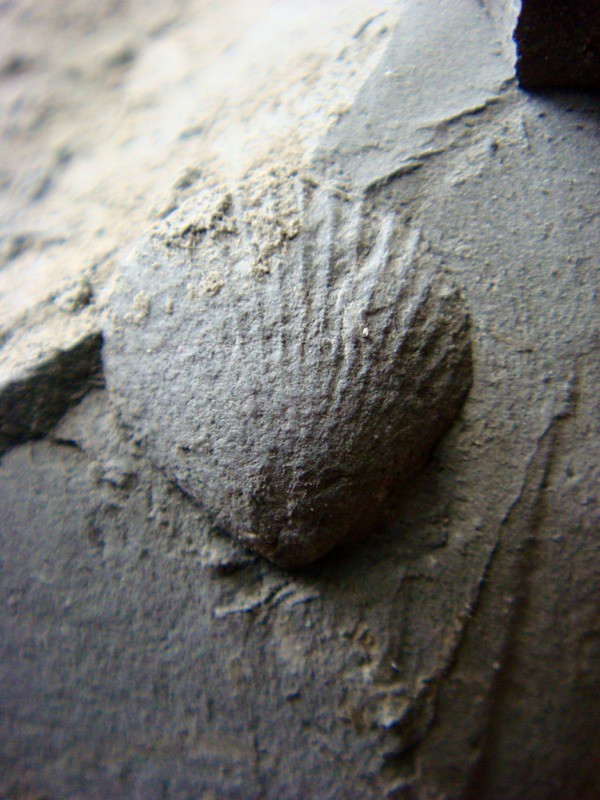 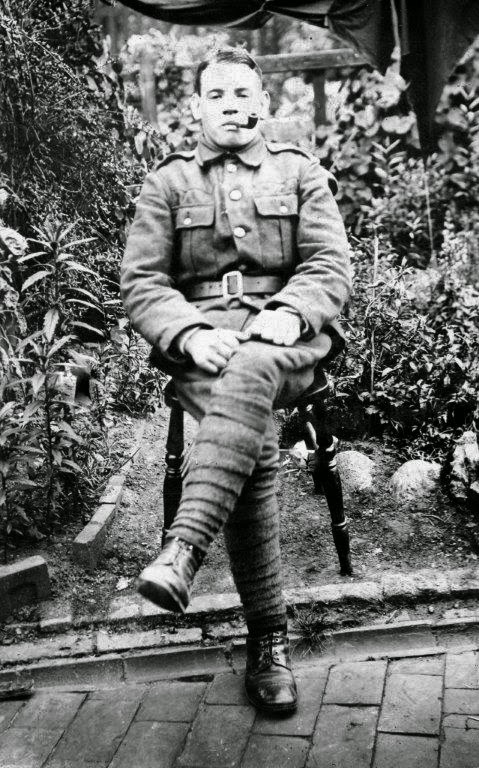 The lines of the shell’s imprint, in the photograph above, were made 195 million years ago, when mankind was beyond even the furthest reaches of improbability. When I read the closing words of my great-great uncle’s obituary, I imagine those gathered inside the church, struggling within the limits of their imaginations, to comprehend that other place which, although certain, exists – within the human mind – beyond the reaches of improbability; death.

This obituary concerns the death of Jonah Rogers (pictured above) and yet all those inside the chapel are now dead; it is now as much about their deaths as his. And reading this text I am aware too of my own fragile existence. When that meeting took place, sometime in the summer of 1915 I did not exist. I too was also well beyond the reaches of improbability. And yet, it is in my imagination that this scene is taking place.