I have some old paintings which have for many years been stored in a shed. I have nowhere else to put them and the shed is needed for other things. So having removed the canvases from the frames (the canvases were little worse for wear as a result of their not-ideal storage) I looked at the ‘Missded’ work I’ve done and wondered if they – the paintings – could be re-worked by cutting them down into similar sized pieces.

These paintings were originally created in response to historic traumas – such as the Holocaust and World War I – and also themes of absence and therefore the idea of creating smaller works seemed to make sense; the original tokens are after all – for wont of a much better, more appropriate word – a ‘transaction’ where someone – a child – has been given up. They are, as I have written previously, tokens of absence.

So as a test, I cut some ‘tokens’ from the original canvases and pinned them as I have the tokens made for my ‘Missded’ project. 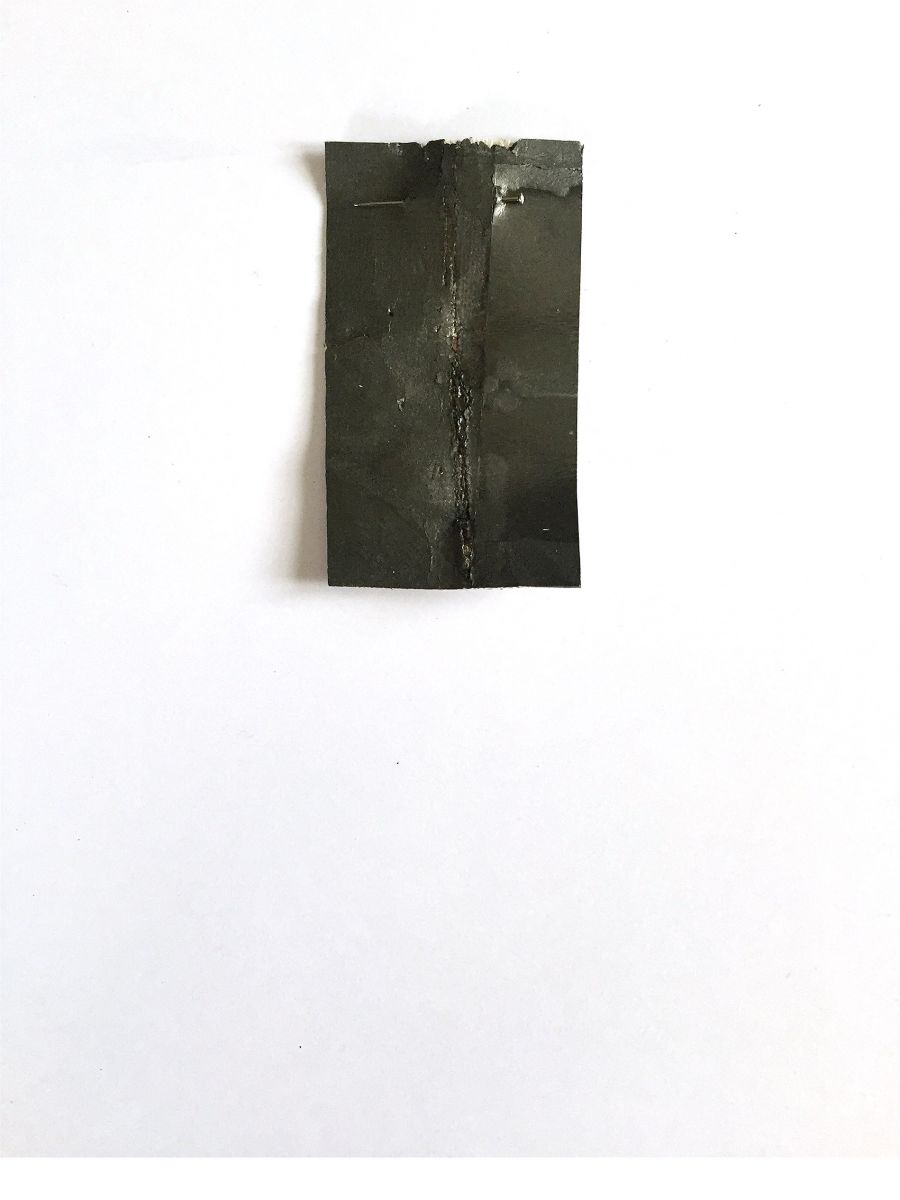 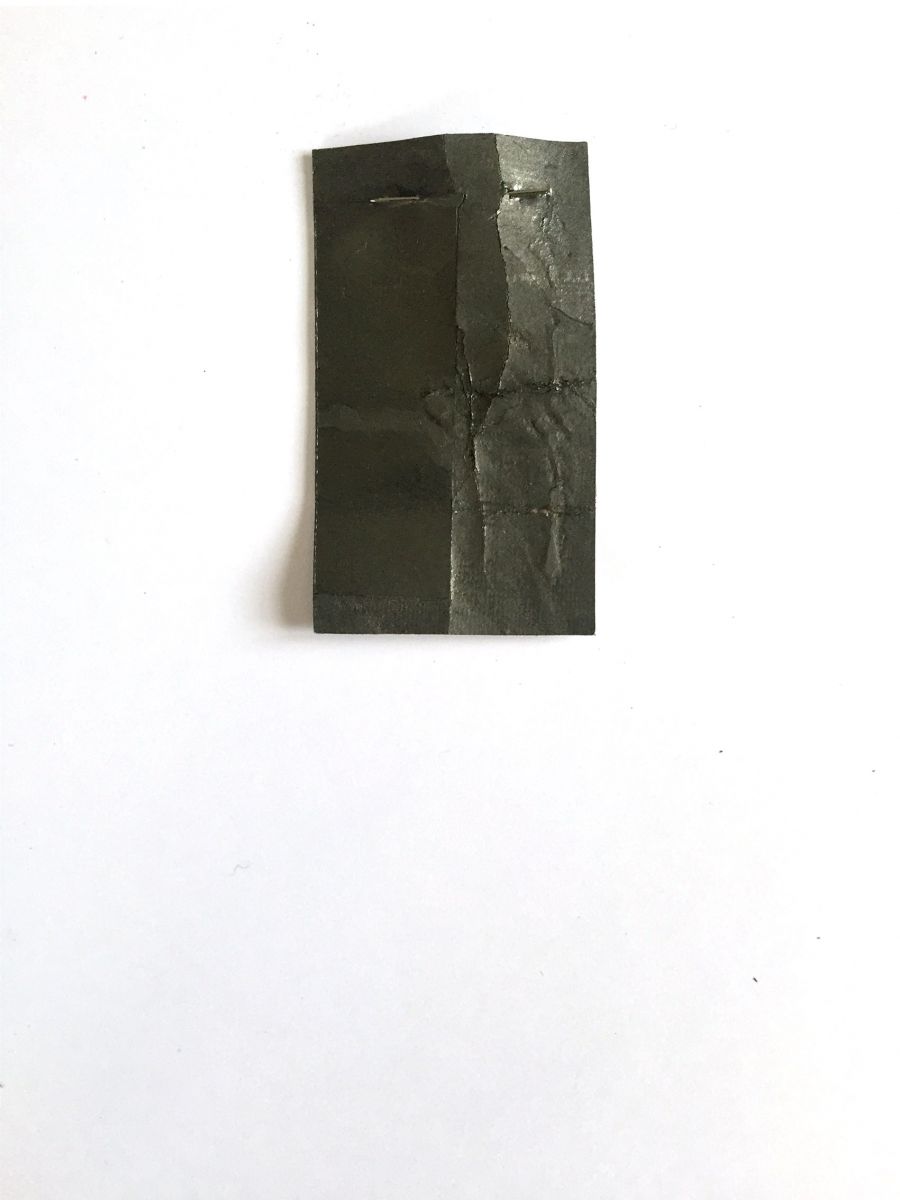 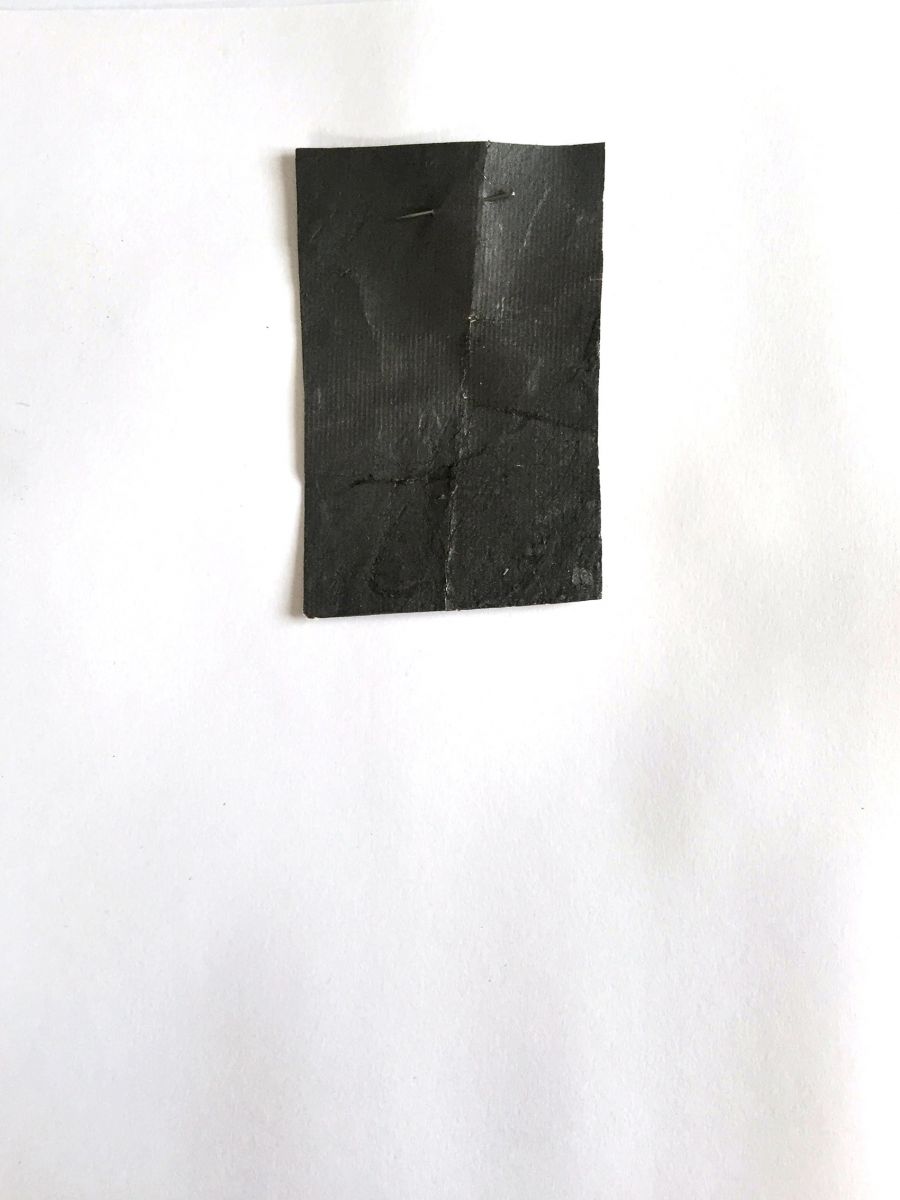 As an addendum to this post, I was reminded of some work I did in regards to a fragment of pottery many years ago. The pottery shard can be seen below. 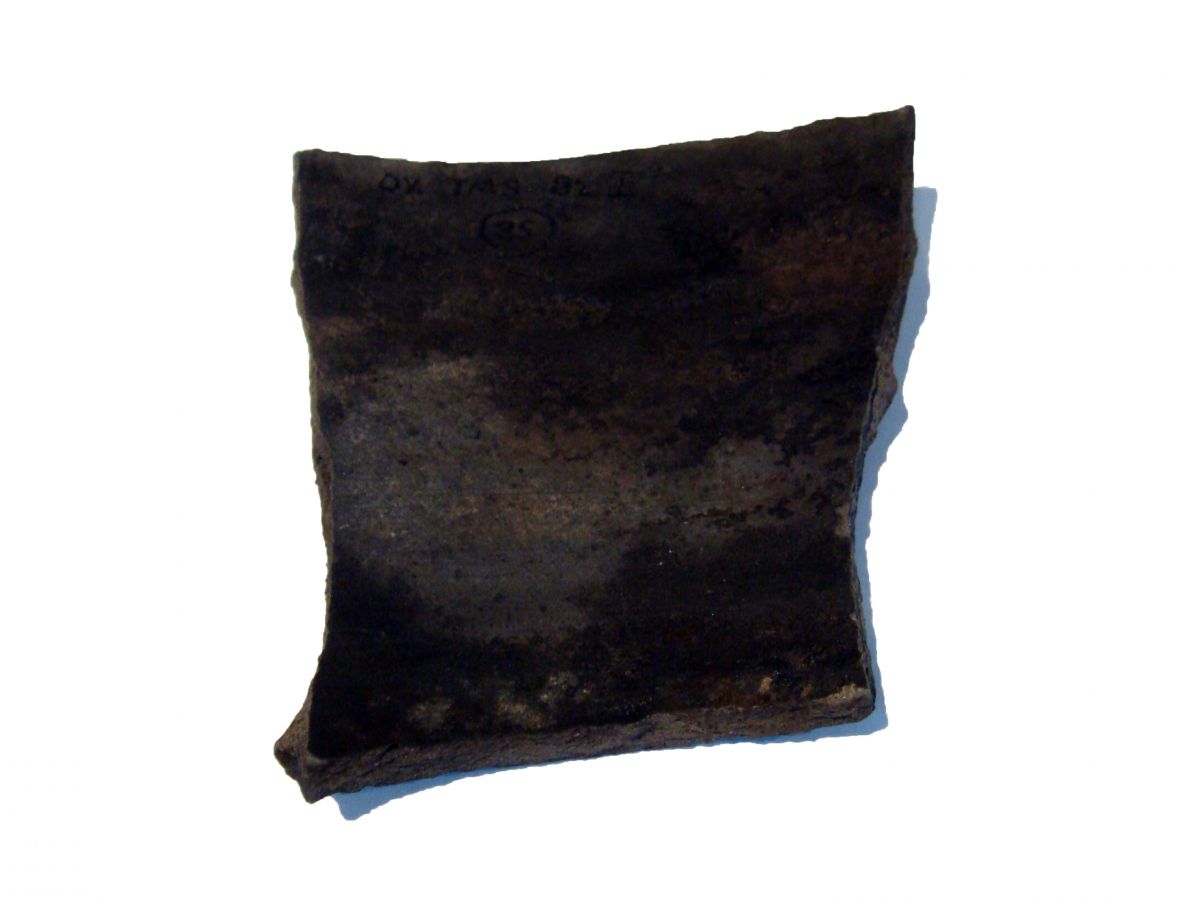