Following on from my last post, I’ve now completed all the tokens along with another piece comprising some of them stitched back together.

In the eighteenth century, some mothers would reclaim their children from the Foundling hospital and one supposes they might have also reclaimed the tokens left with them. Either way, the reclaiming of the tokens seemed a good way for me to articulate the time I spend with the children, as if my picking them up is a kind of reclaiming. The fact the number of days I have with them are far fewer than the number of days I don’t means I only wanted to use a small proportion of the tokens to create a new piece.

I called the new piece ‘Morning Has Broken’ after the Cat Stevens song, which my son and I were singing together. 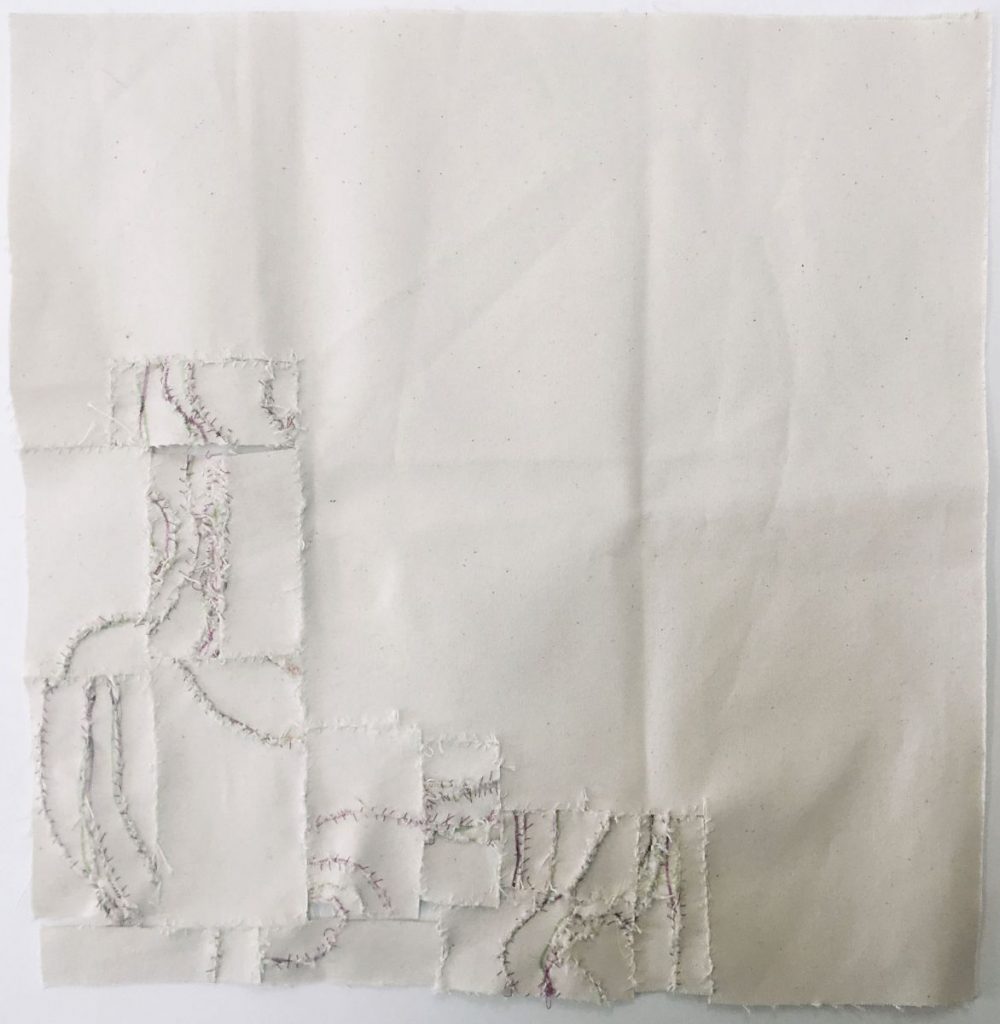