As part of my family history research (as described in my previous post), I chanced upon a name which leapt from the pages of an old parish register: Nazareth.

Nazareth was the wife of my 8th great-uncle William Oakley (born in St. Thomas’ parish, Oxford in 1673), and as things stand, that is all I know. But the more I’ve thought about her and who she was, the more I’ve considered how long she’s been forgotten, completely lost among the brier of ancient words that make up entries in the register. It’s strange to think that that is all that remains of her life; a fragment – a name scratched in ink on the pages of a book.

I thought then of recent work I’ve made which, based on textile fragments, aims to articulate the idea of a lost and distant life, lived well beyond that which remains. Nazareth Oakley is an example of someone who has all but been forgotten, but who, in the fact of her name written and later read in a register, is, in some small way, remembered and snatched at the last from oblivion.

I’ve been working on new ideas for work and a new piece (following on from a painting called Raspberry, named after someone else long since forgotten) which I have decided to call Nazareth O. 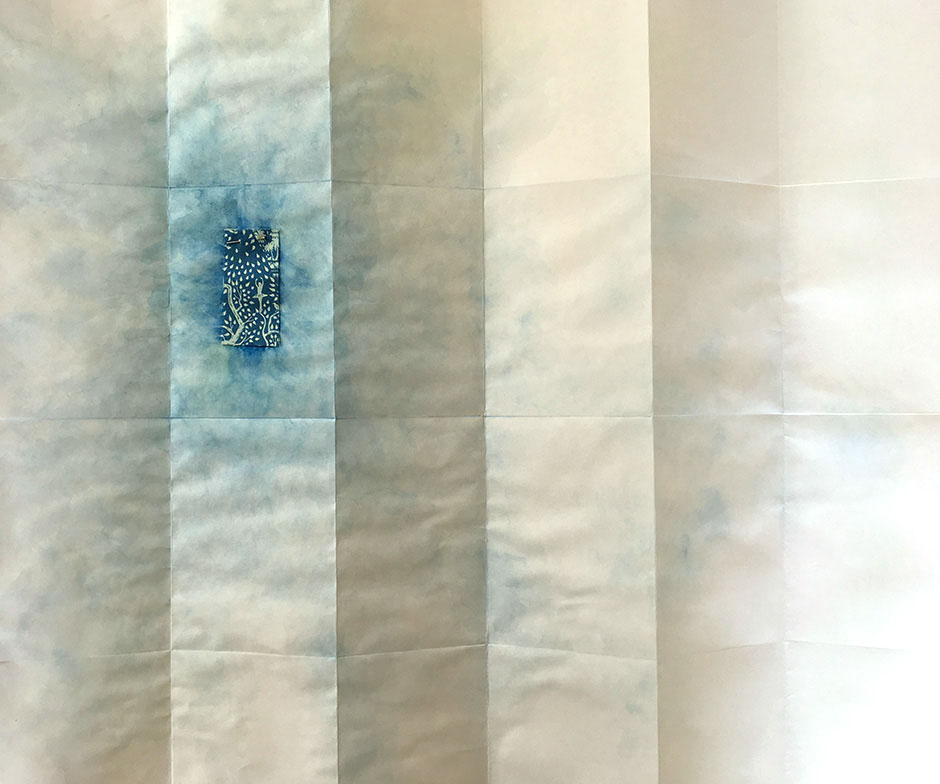 Although this is very much at the research stage, I think giving it a title will help with its development. I’m beginning to see these developing into small packets, where the map is folded and things placed within based upon the title.