I’ve recently returned to researching my family tree – something I’ve been doing on and off since 2007, and have been following a line on my maternal grandfather’s side in my hometown of Oxford. My mother, like her father and grandfather, was actually born in Reading and it was something of a surprise to find that her ancestors (on her own paternal grandfather’s side) originated (as far as extant records show) in Oxford – the town to which she moved as a child with her family in 1952.

It was my great-great grandfather, Jabez Stevens who was the first Stevens to be born in Reading in December 1847 – his father, John, the last to be born in Oxford, in the parish of St. Aldates, in 1811. His father, my 4th great-grandfather, was born nearby in the parish of St. Martin’s in 1776 and baptised in a church that no longer stands (see image below), save for its 14th century tower, now known as Carfax Tower. 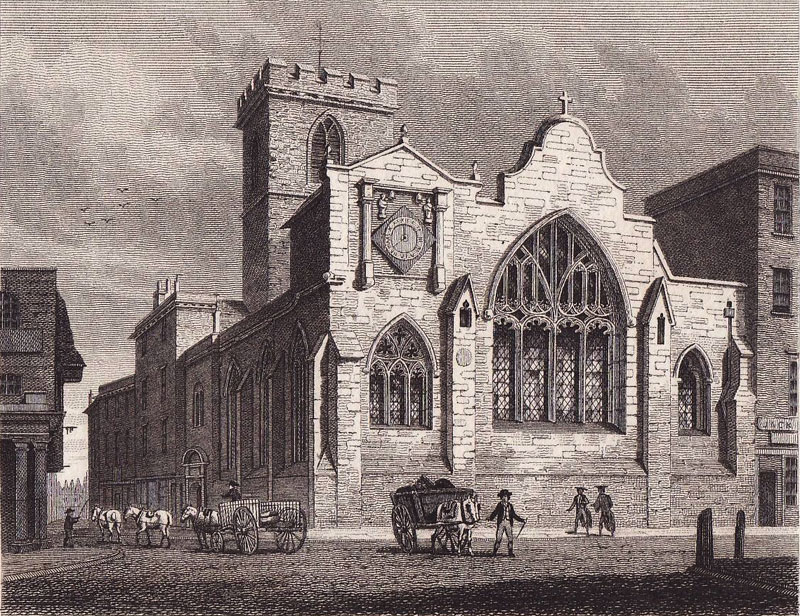 His father was also called John and married Lydia Borton in 1764 (Lydia was the daughter of Samuel Borton, an Oxford innkeeper who, along with his father (Richard) before him ran The Dolphin Inn in St. Giles). That was about as far as I’d got, but with the online availability of parish registers, I’ve now taken the line all the way back to another John Stevens, who, although I don’t know when he was born, died in St. Thomas Parish, Oxford, in 1681. This means of course, that he would have grown up in what was a tumultuous time in the city’s and country’s history – that is, the English Civil War.

John and his wife Jane had a son, another John, who was also born in St. Thomas’ parish in 1667. In 1695, he married Mary Oakley, born in the same parish in 1668 and together they had another John (1701-1747) who married another Mary and who had themselves yet another John who married, as I’ve written above, Lydia Borton in 1764.

St. Thomas’ Parish occupies an area which with the clearance of St. Ebbes in the 1960s and 70s and the subsequent development of the Westgate Shopping Centre was almost cut away from the rest of the town. Today it includes the castle and the ice-rink as well as Oxford station and of course, St. Thomas’ church which still stands. I think of it still as a nowhere place, a kind of hinterland where people enter or leave the town. Growing up, it was little more (in my mind at least) than a large car park and in my teenage years, the place where we’d go clubbing at The Coven. Discovering that my ancestors lived in this area over so many years has made me want to reconnect with that part of the city – first and foremost by visiting the parish church.

Looking online at information about the church, I found this photograph; an image of the gable of the south porch. The coat of arms carries the date 1621 and is therefore something my ancestors would have seen with their very own eyes. 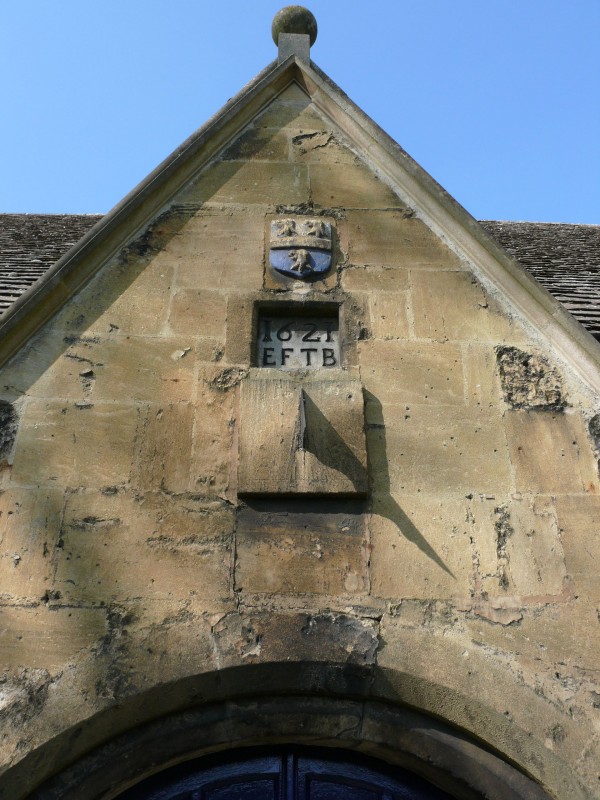