The image below is a drawing of Magdalen Bridge made around 1772 by the German artist John Malchair. Following the passing of the Mileways Act in 1771, Malchair made a number of studies of the old bridge so as to record it for posterity. 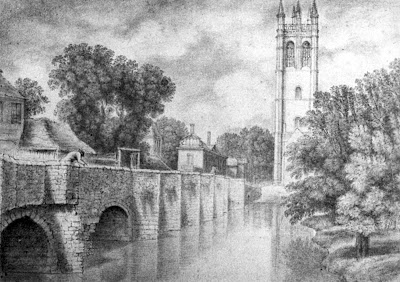 With various parts of the mediaeval city threatened because of the Act, Malchair drew a number of views of buildings and structures including the North Gate and Bocardo Prison and Friar Bacon’s study which eventually fell in 1779.

This then is the bridge over which The Gentleman’s Servant crossed with two horses on December 12th 1770.