I’ve been taking a lot of photographs of shadows, particularly that of foliage on pavements. I’m especially keen on the different degrees of ‘focus’ with some parts being sharp whereas others are much more blurred. 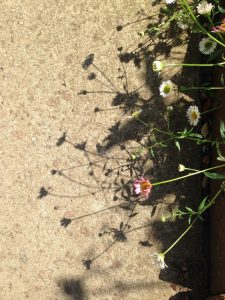 The shadows imply the presence of something, but something which cannot be seen – an absent presence. That they are shadows of plants ties in with the idea of ‘moments of pastoral’, and of times before the war – the memory of past summers.

This postcards shows the writing of a soldier. 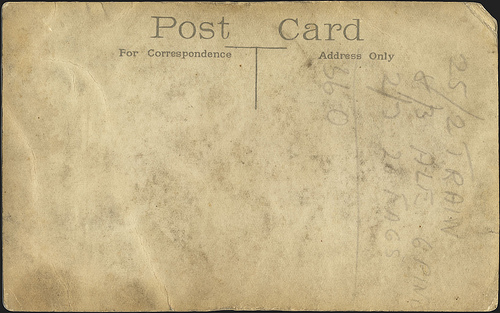 In some respects, these words also imply the presence of something – of someone; an absent presence – a man working out the cost of train, ale and fags.