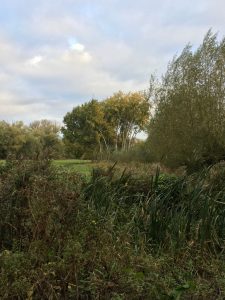 I have been photographing the same trees – shown above – for almost 18 months now, and what started as a simple photographic record of a particular set of trees has since morphed into a project which shares certain aspects with other lines of research. I was drawn to them initially by their shape and proportions; by the fact that they reminded me of an Isaac Levitan painting, such as that below. 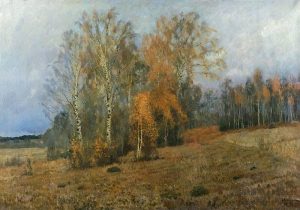 Since then, as my personal circumstances have changed through separation, the trees have come to signify something else. Being separated from my children for much of the week, there’s a connection between this anxiety and that which is present in the postcards of World War I servicemen, photographed in studios before they left for the Front, often against a painted backdrop of trees. 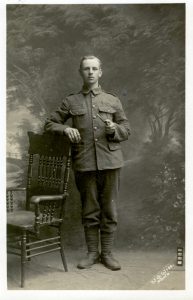 I worked on this theme previously, working with postcards such as that above and creating montages that used photographs I’d taken of trees at one-time battlefields such as the Somme and Verdun. 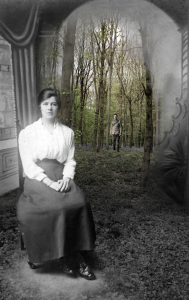