When you’re a father, separated from your children a few days each week, the things you do with your children when you have them become especially precious. I find I take more photographs when I have them as they somehow sustain me in the days when I don’t see them. The same applies to the things they make; drawings, paintings and so on.

A few weeks ago, Eliot asked me to do some drawings with him, whereby he would draw on the page and I would follow the line he made. It was a very simple thing, but he loved it, and the images we made were lovely. 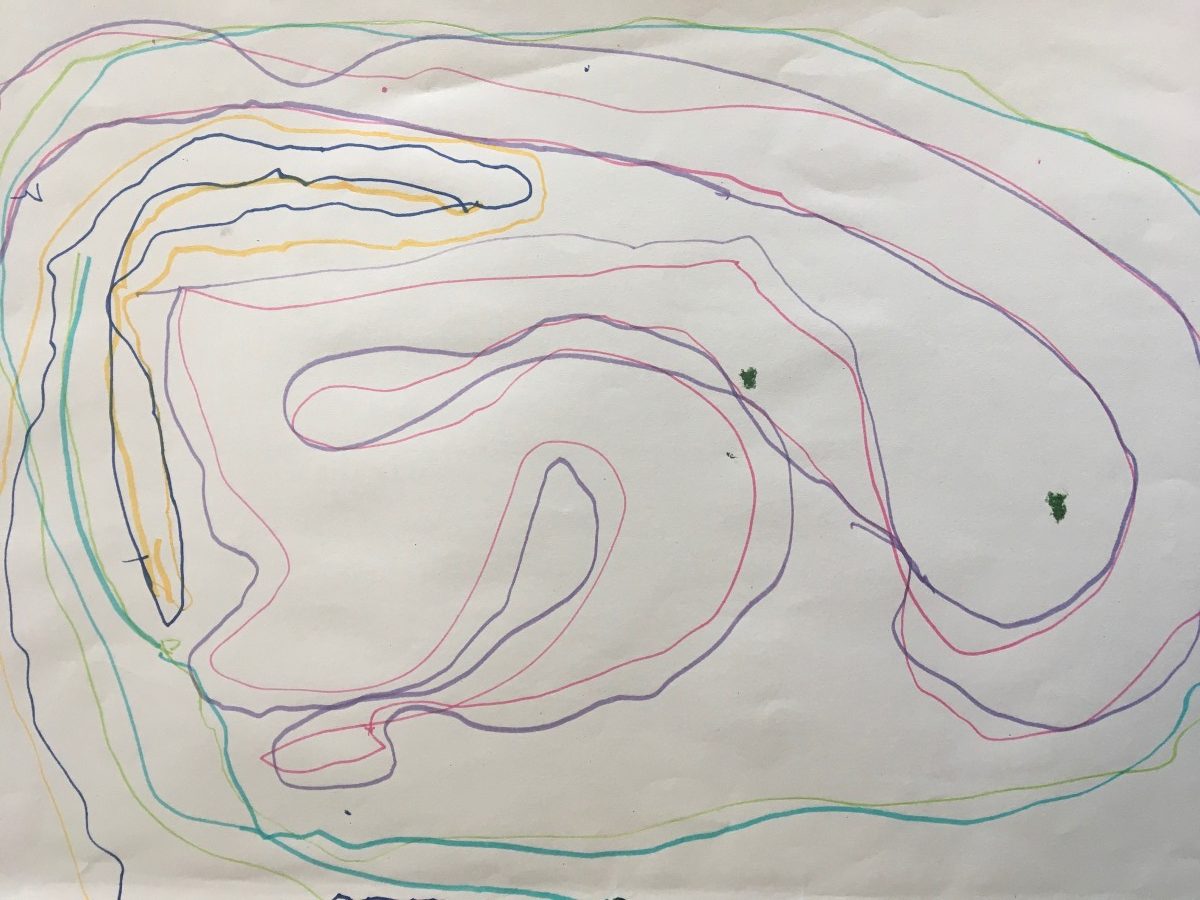 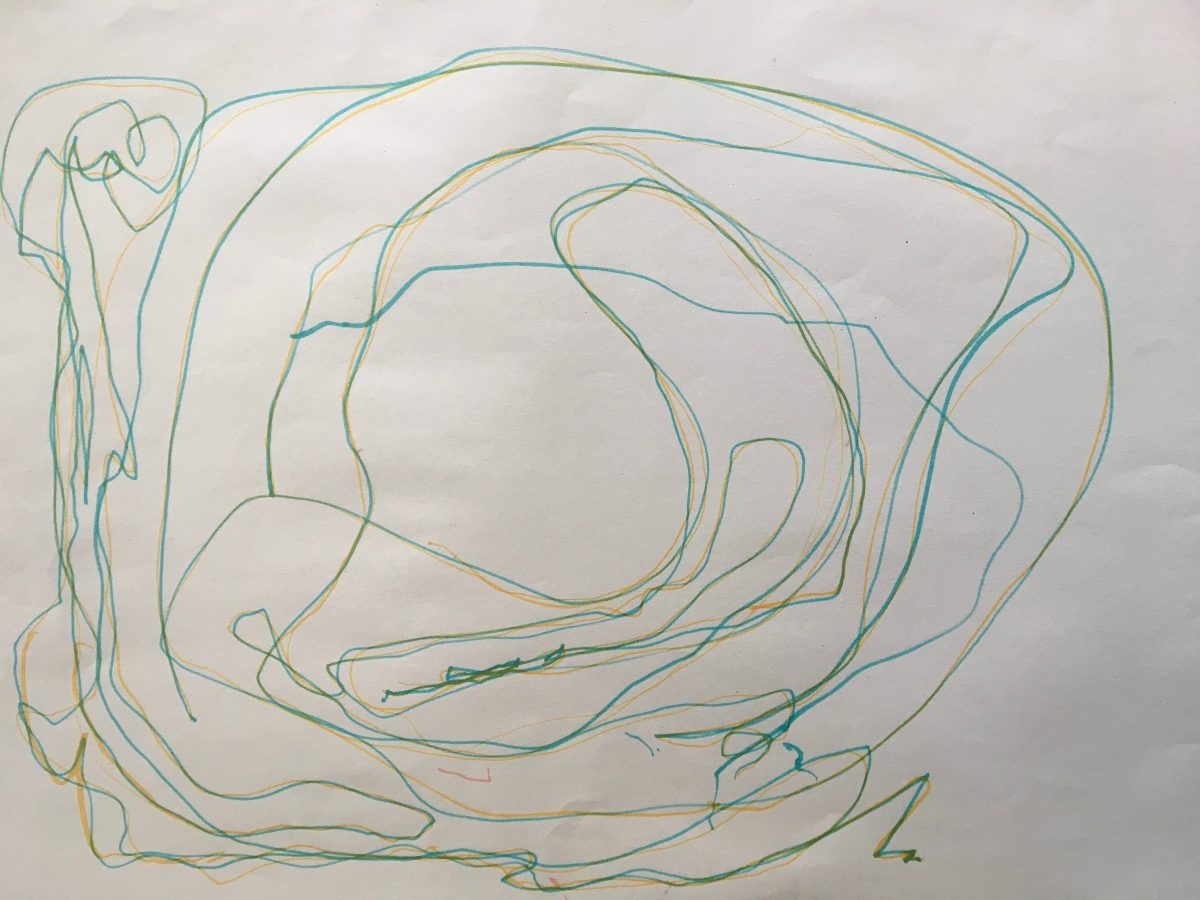 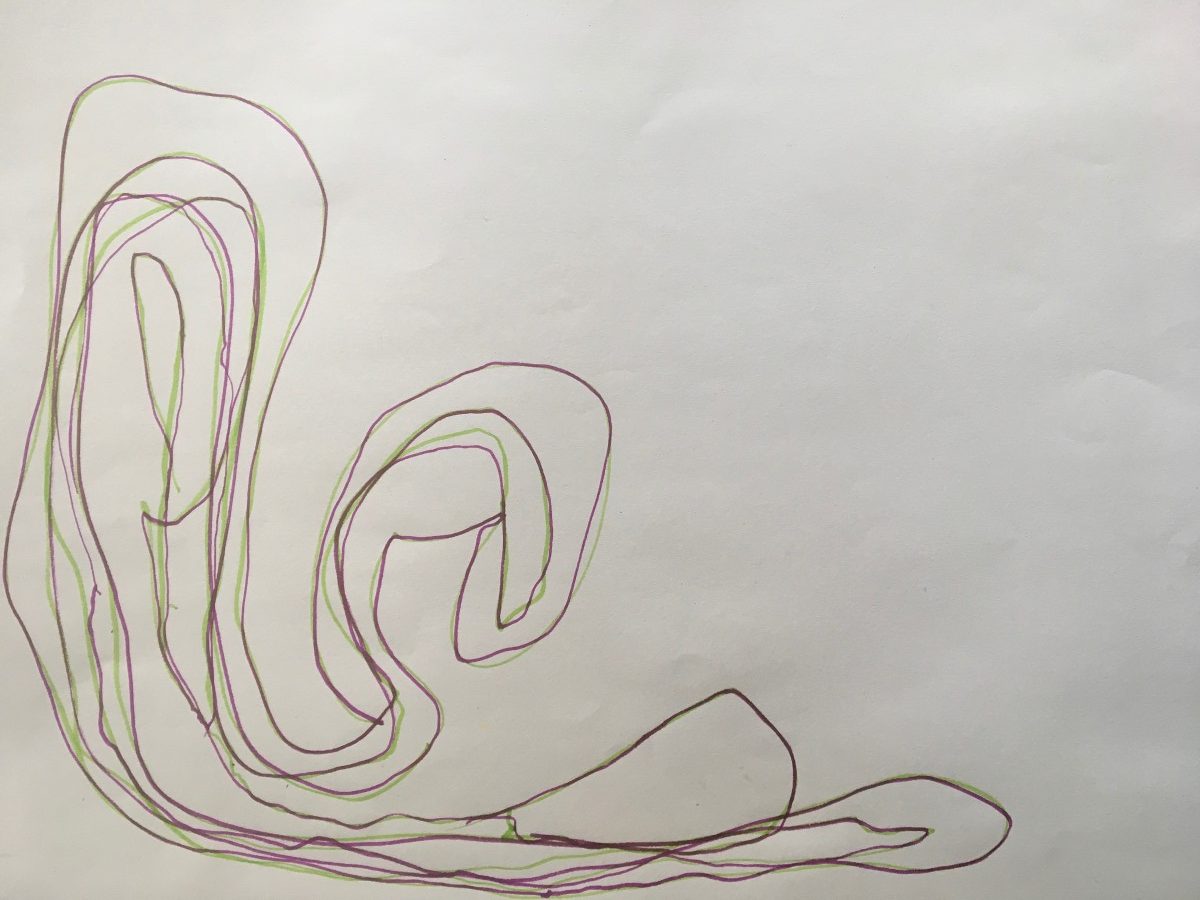 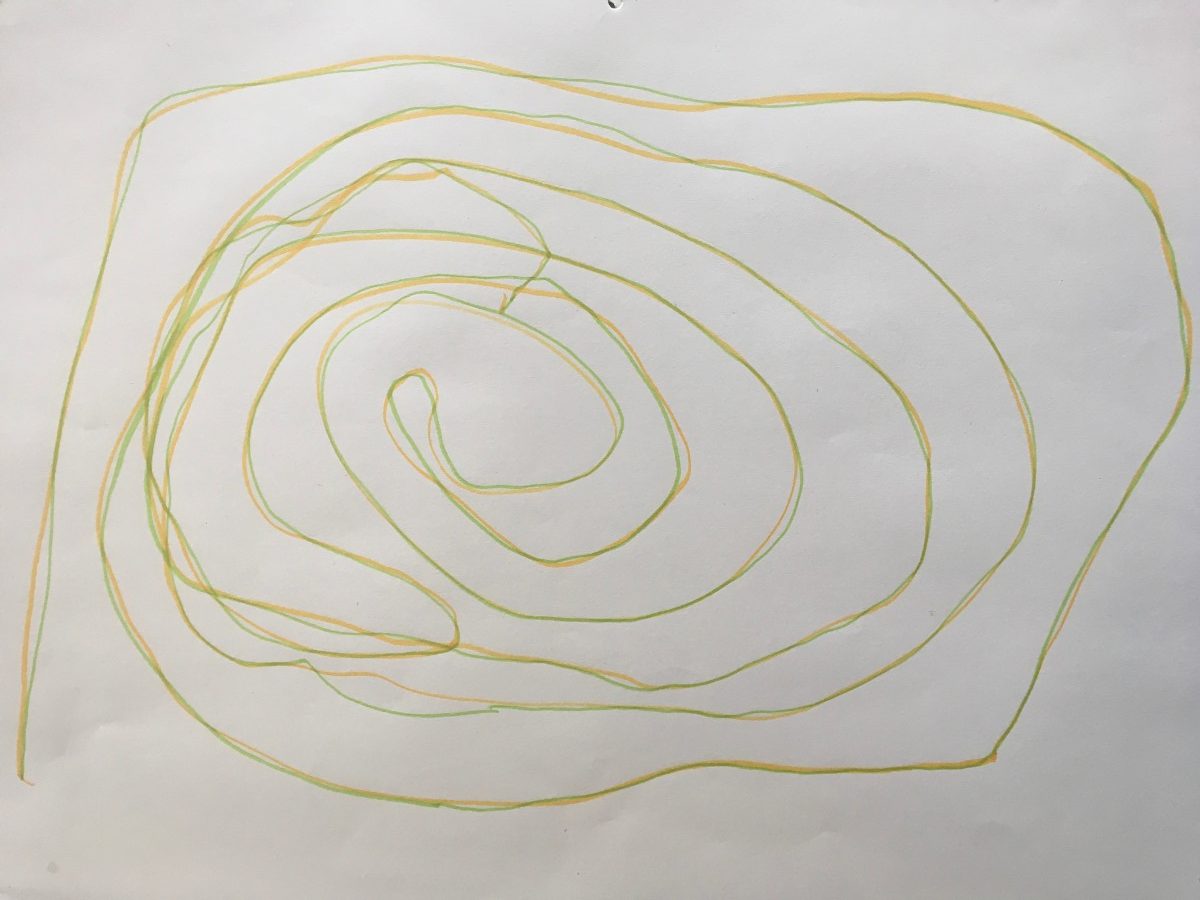 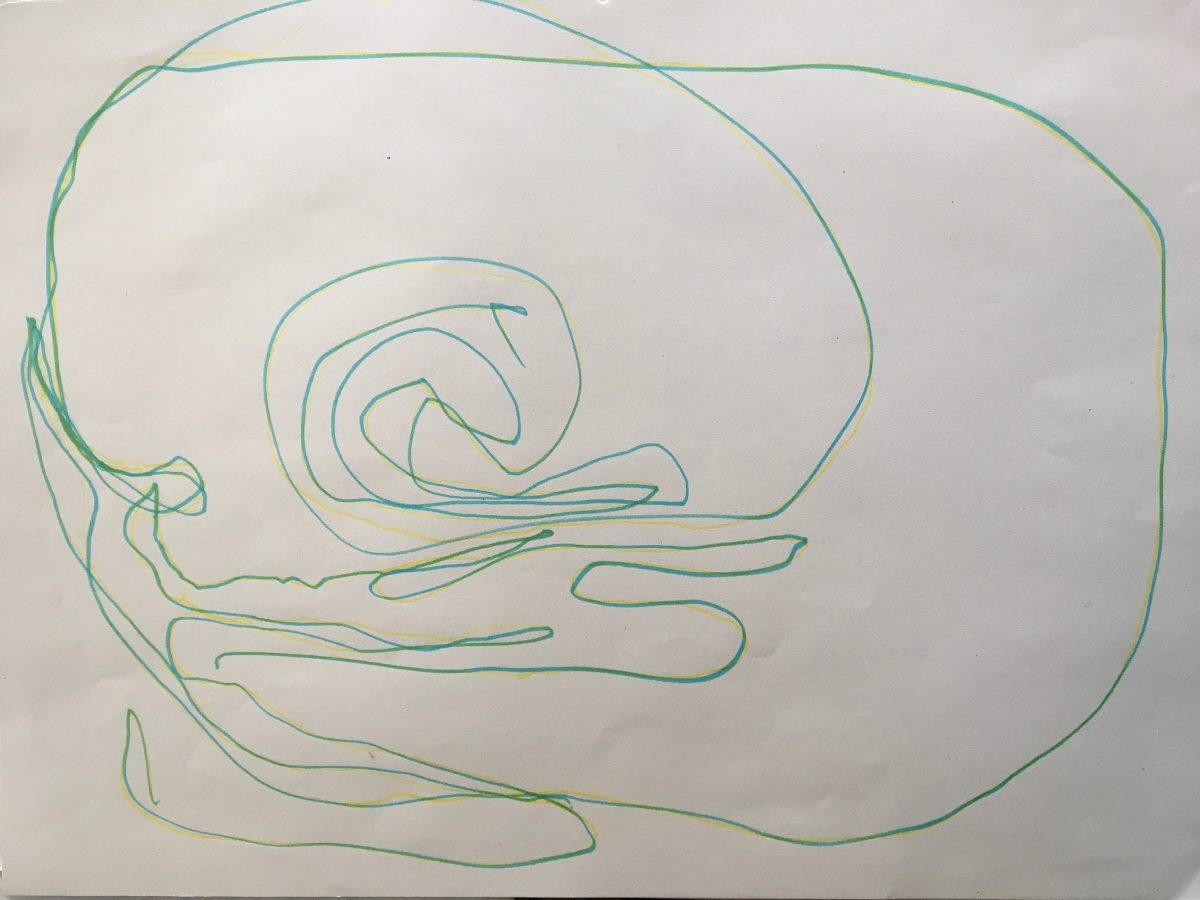 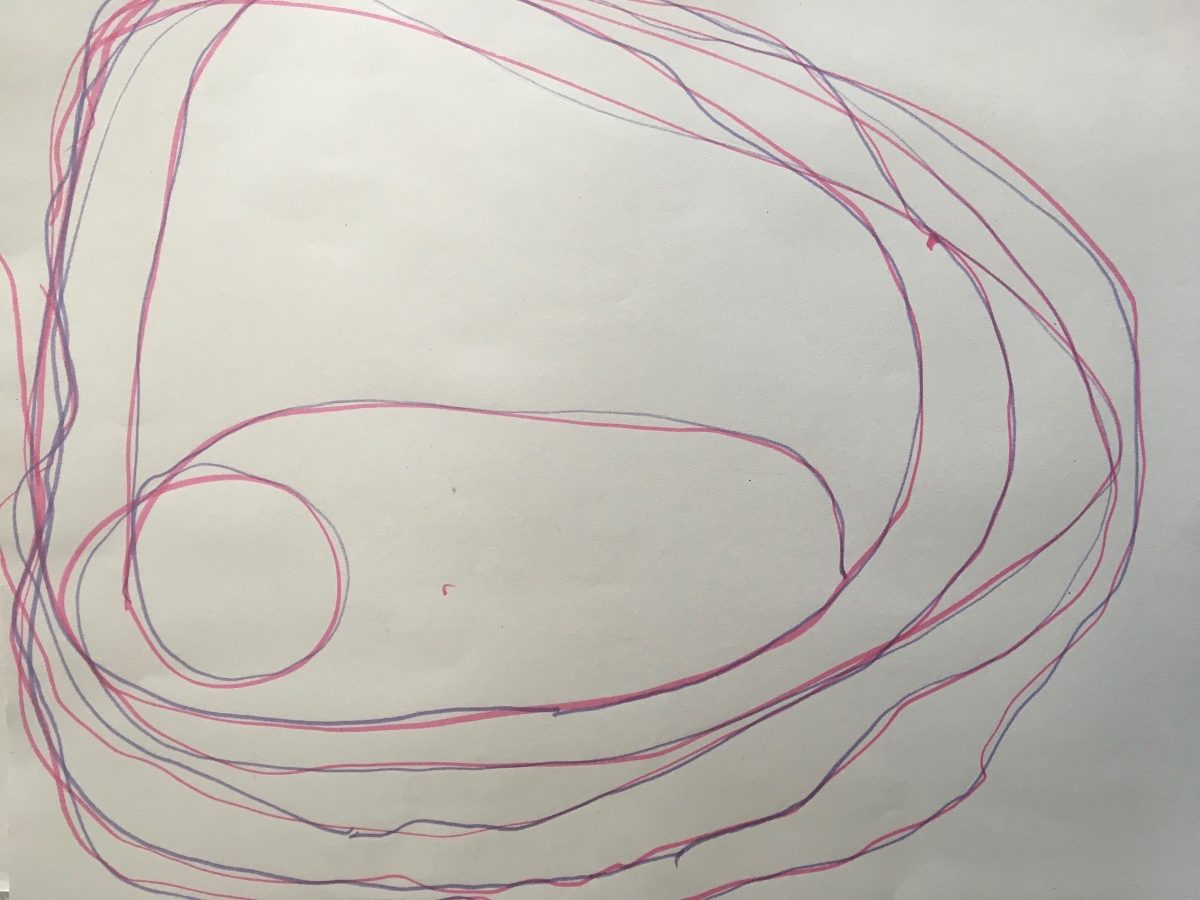 It’s drawings like these which become so important in those days when I don’t have the children, and, as I mentioned in my last post, these in particular seem to lend themselves to work I made a few years back, where I would stitch ‘images’ from sources such as GPS data (taken from walks), or old trench maps.

As a start, I began by tracing the drawings using the same felt-tips as we used in the original drawings. Given that these stitched works will, in some respects, be about memory, the fact these tracings are not entirely accurate, alludes nicely to the idea of memory itself not being an entirely accurate draughtsman. 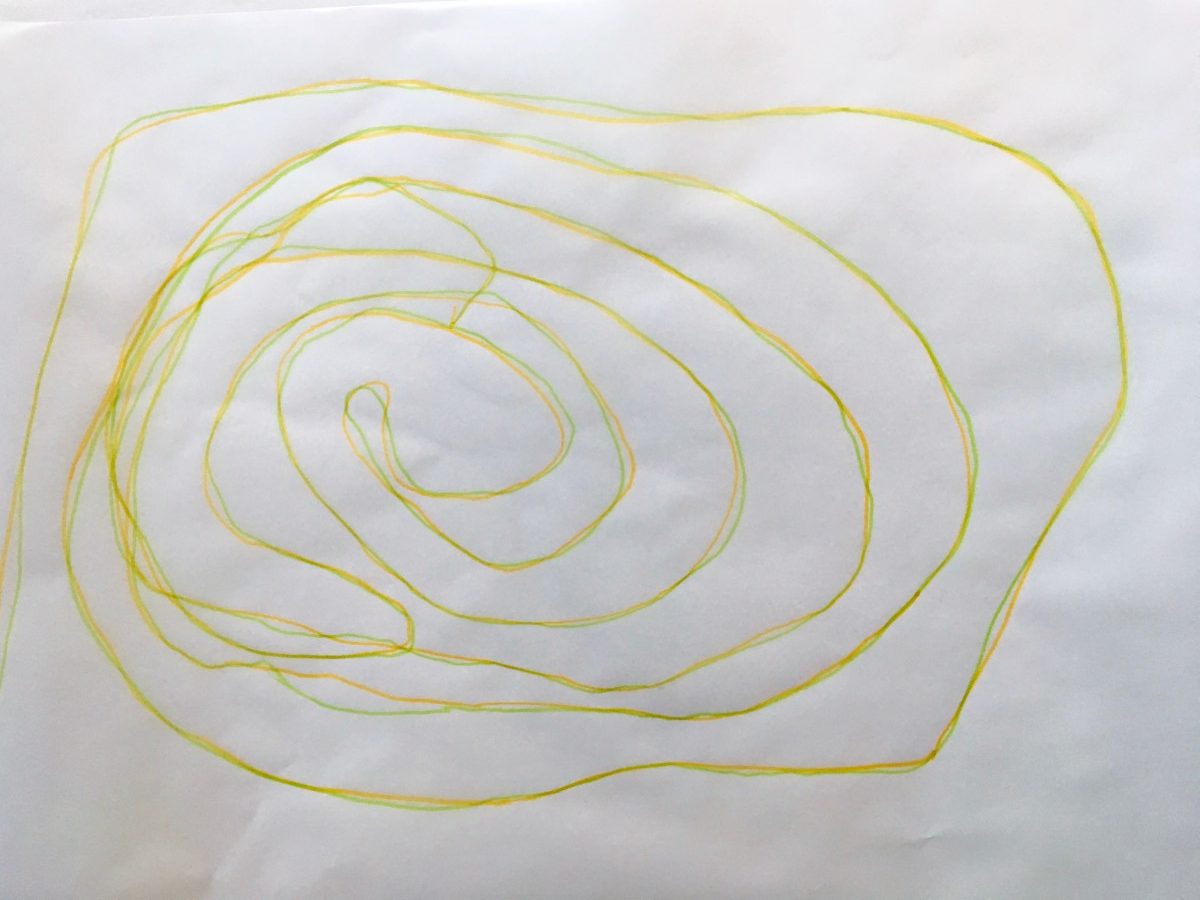 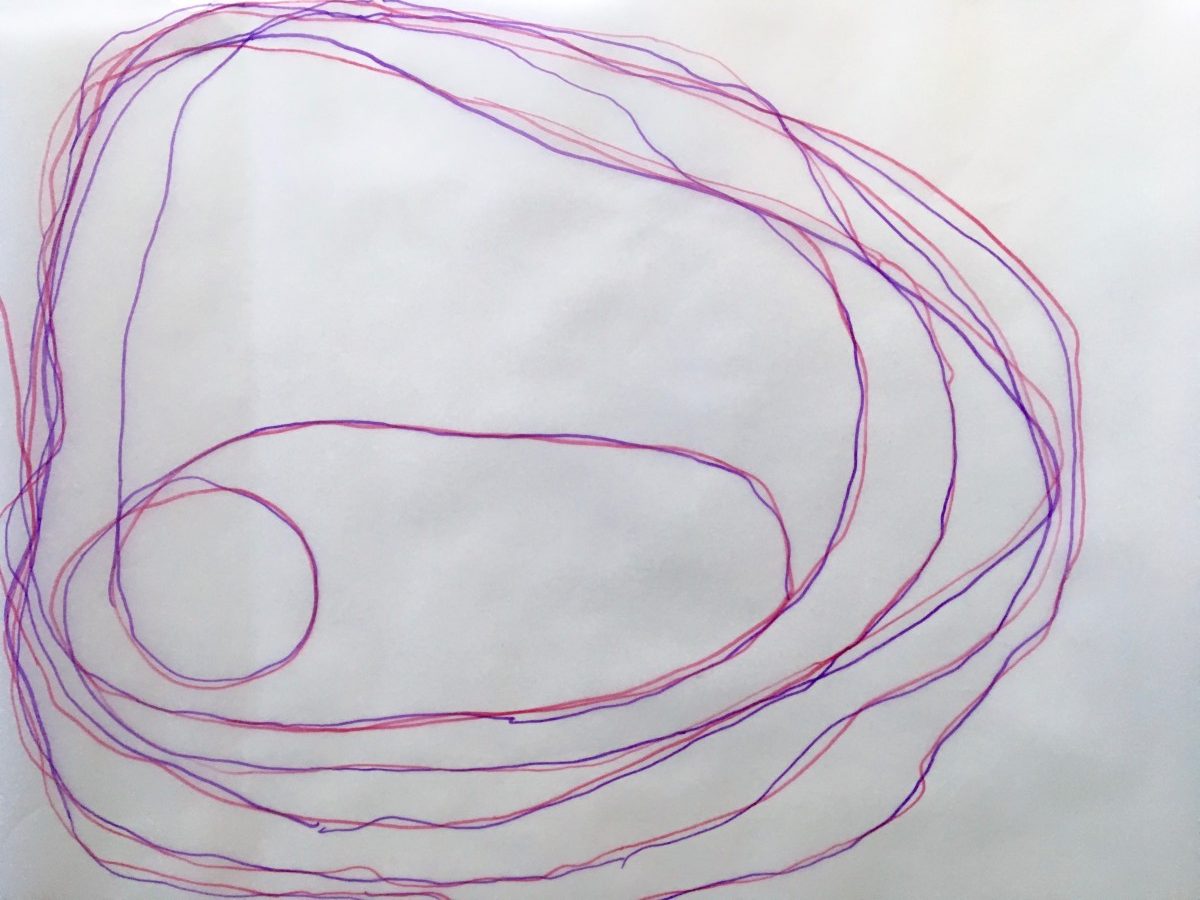 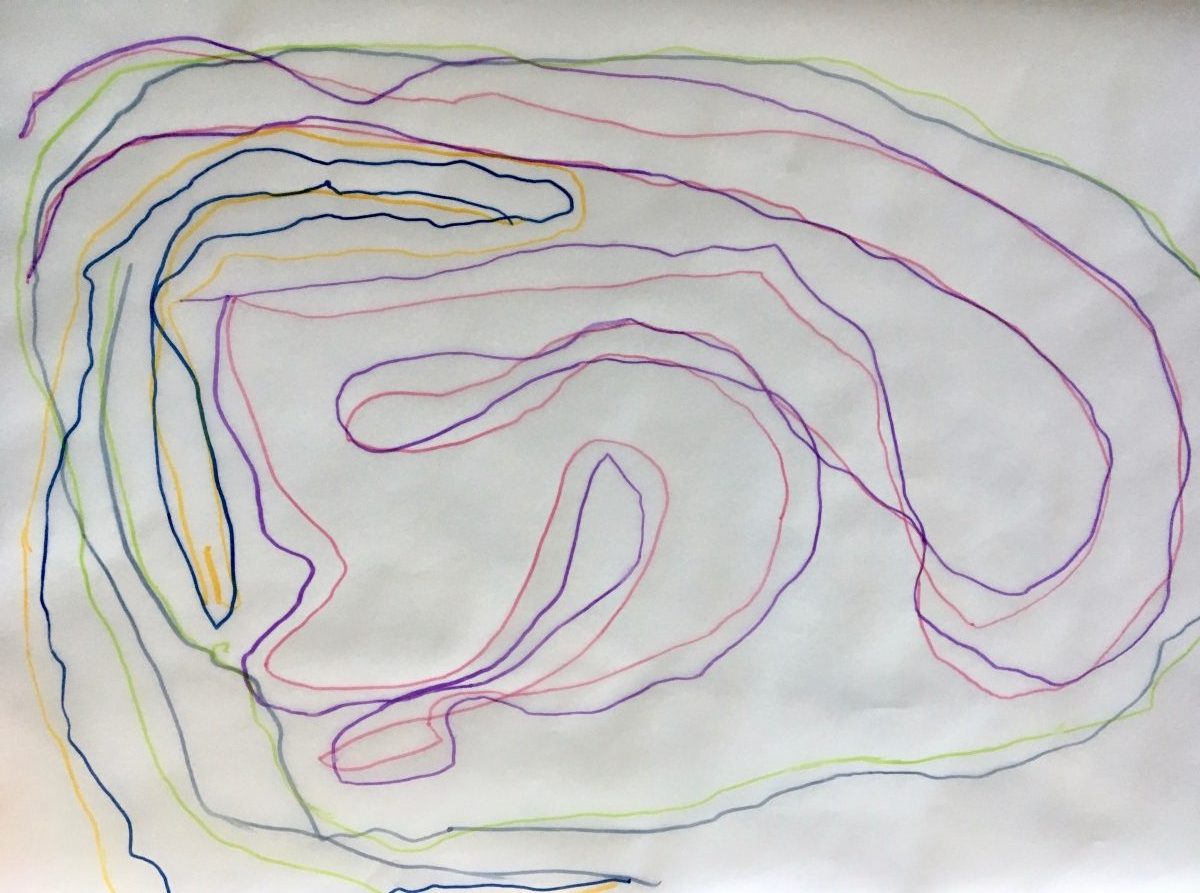 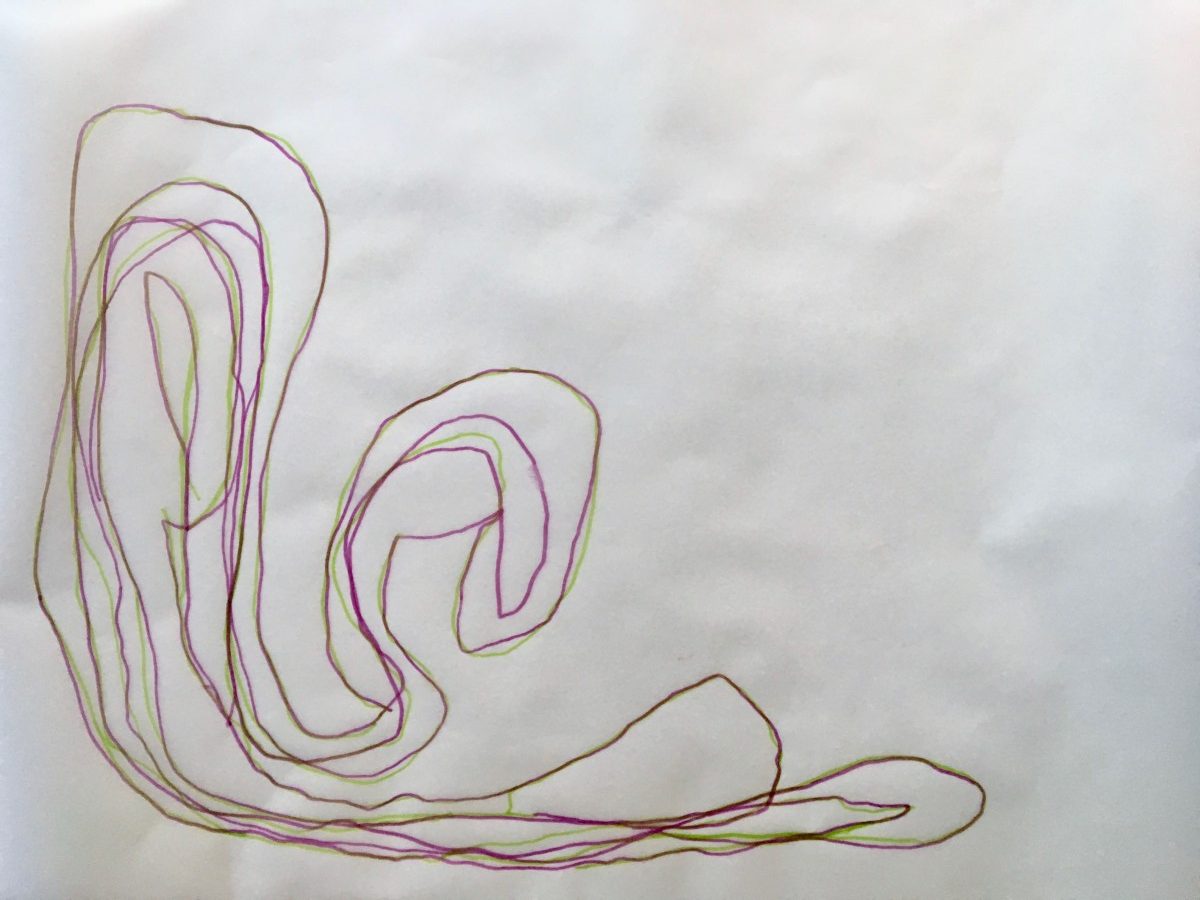 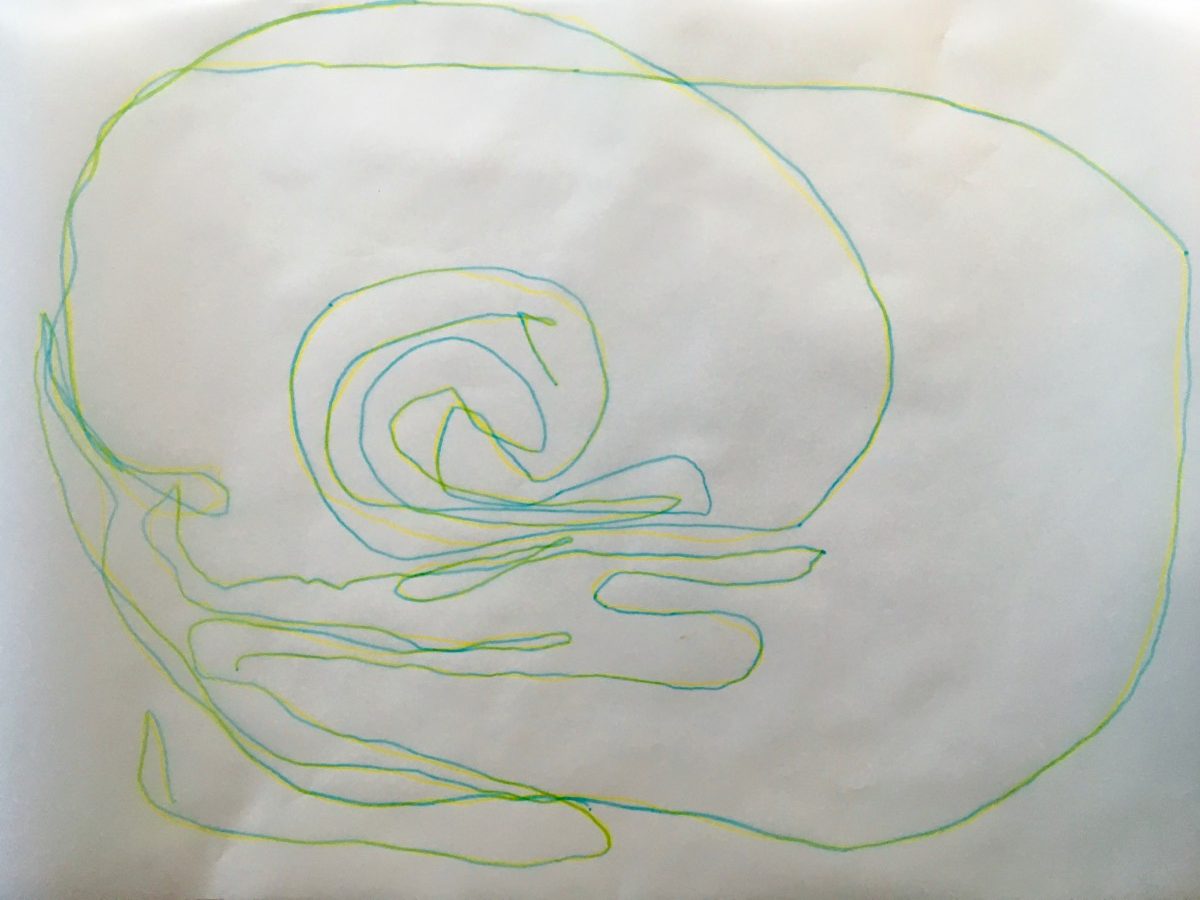 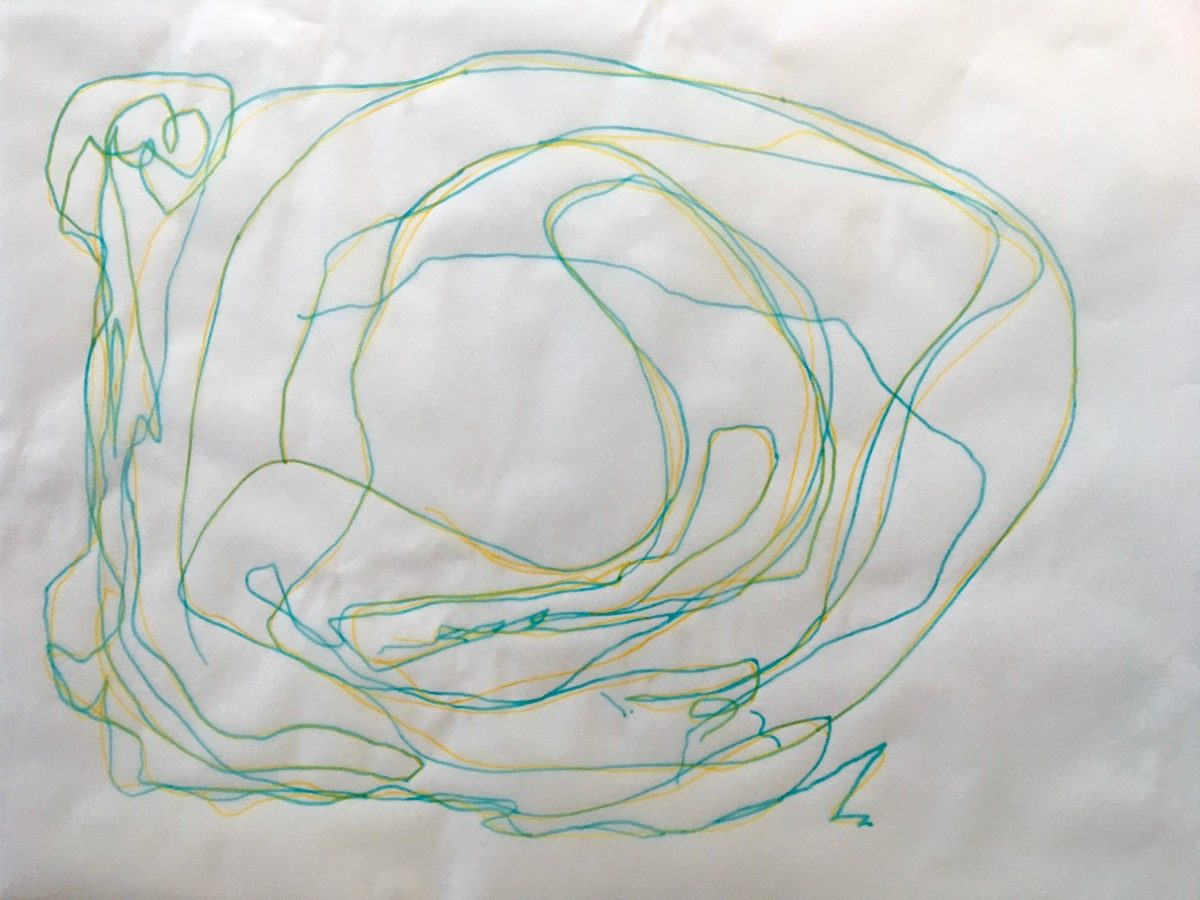 As I drew them (the time difference between the ‘moment’ in which they were made and the length of time it took me to trace them also alludes to the idea of working to recapture a moment in the past) I piled them up and began to appreciate the aesthetic of the piles of tracings, where previous drawings would show through. 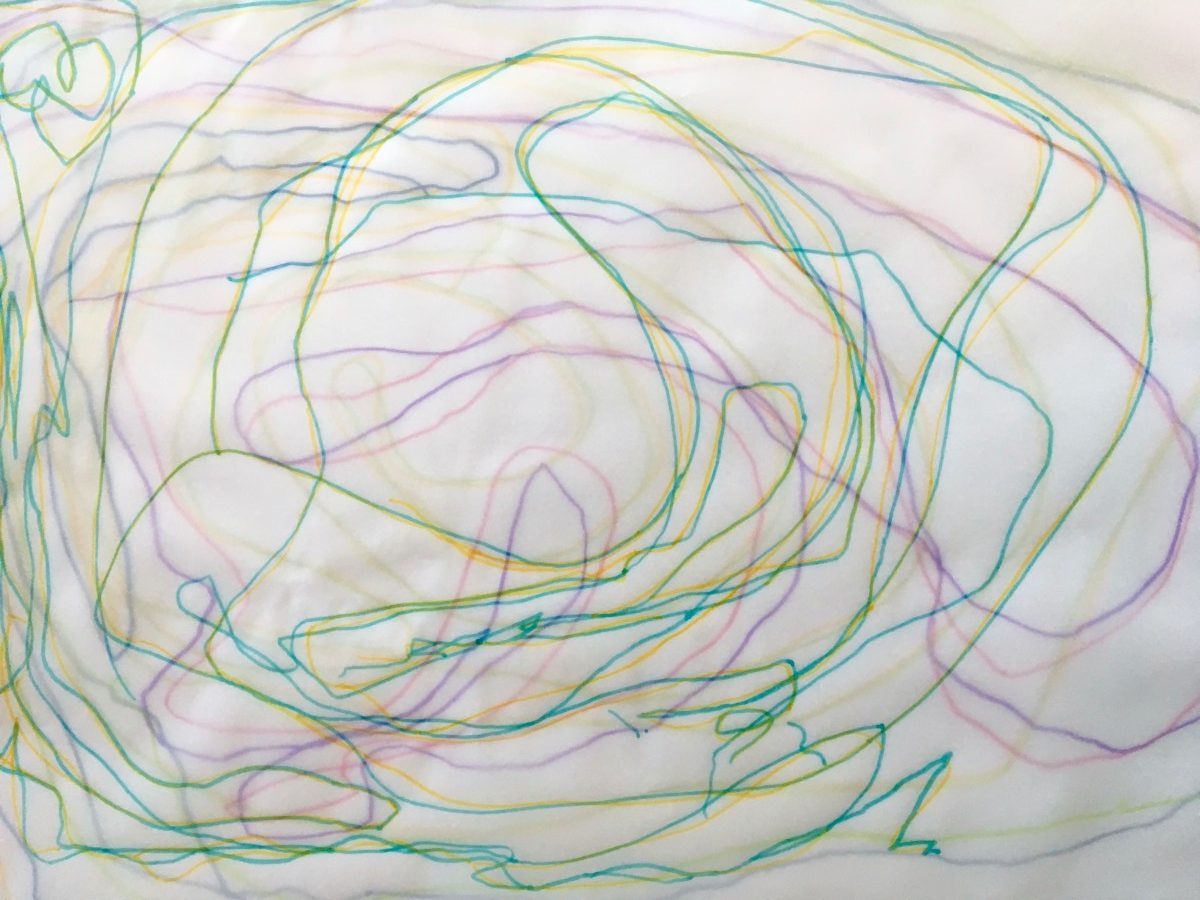 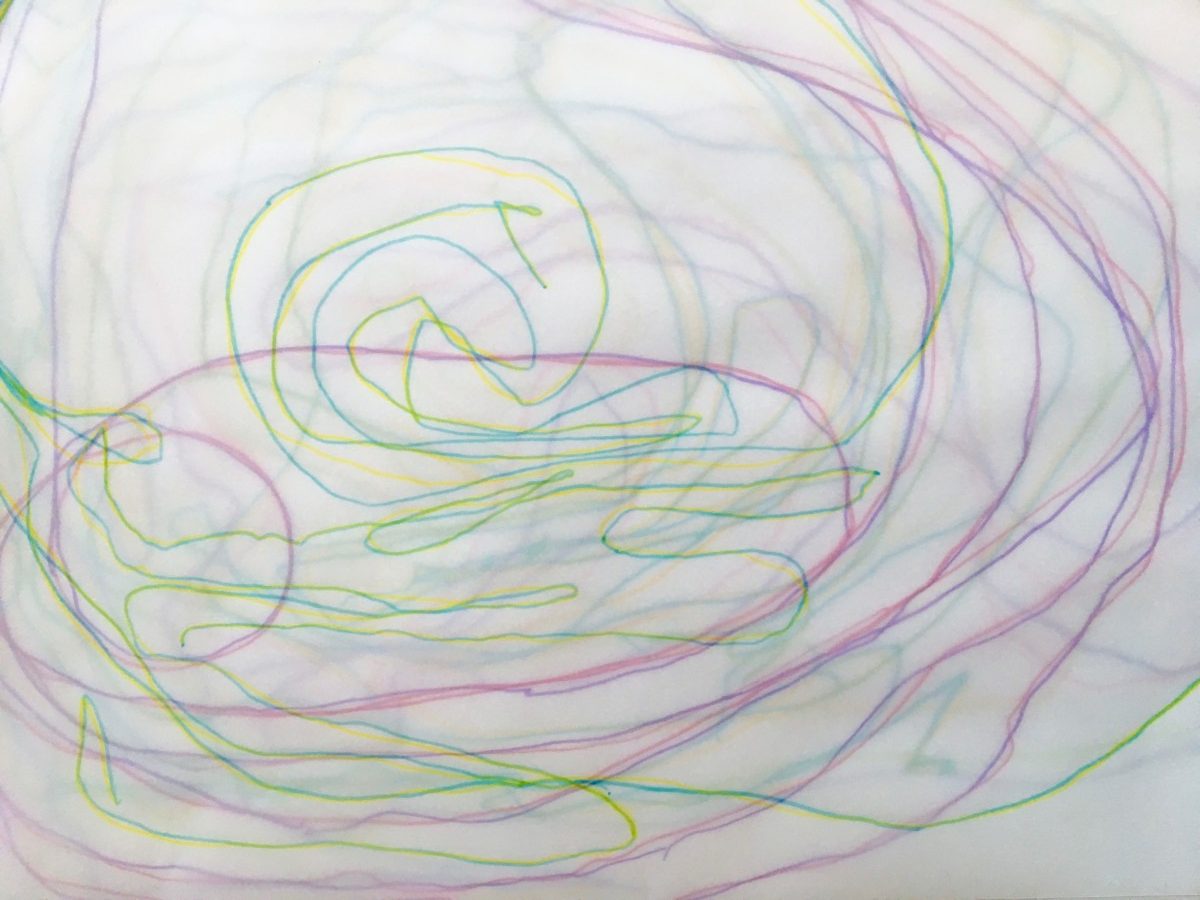 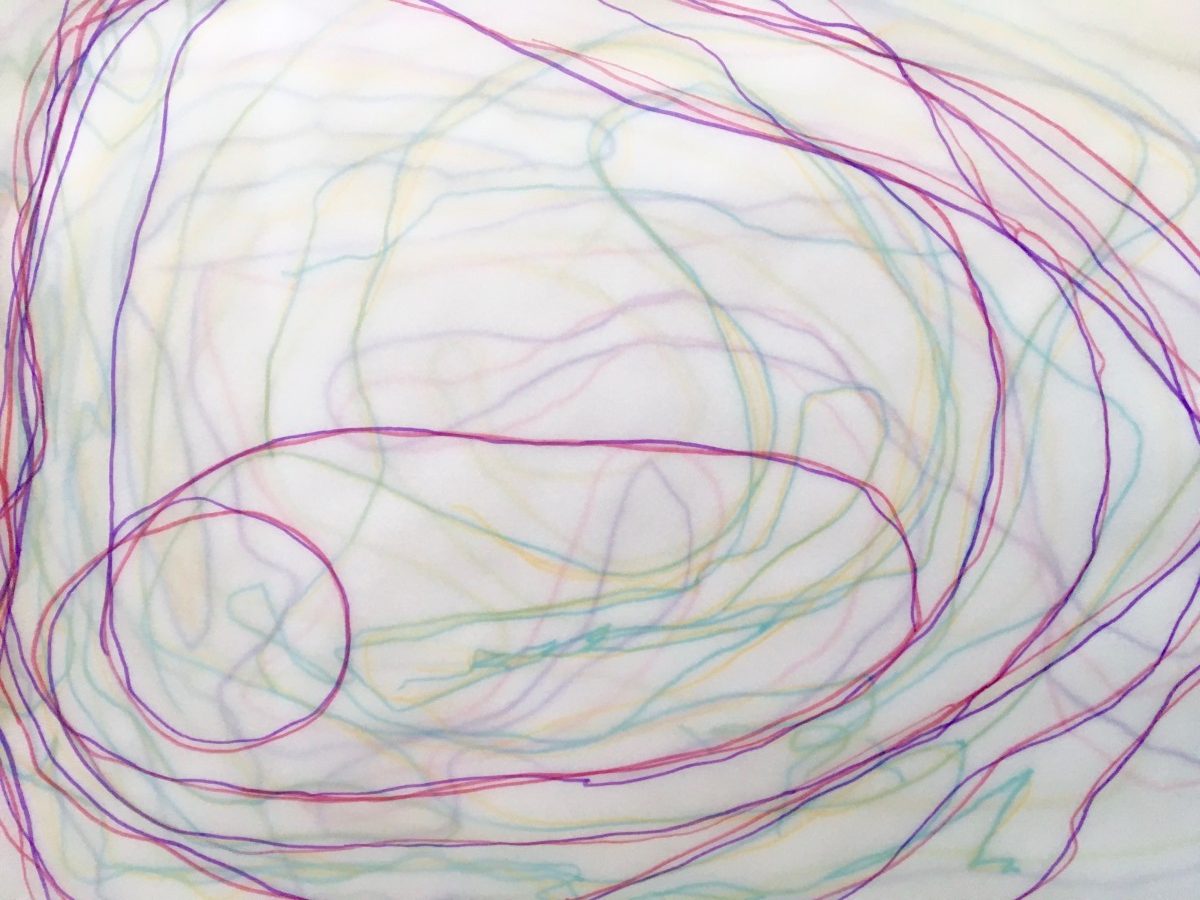 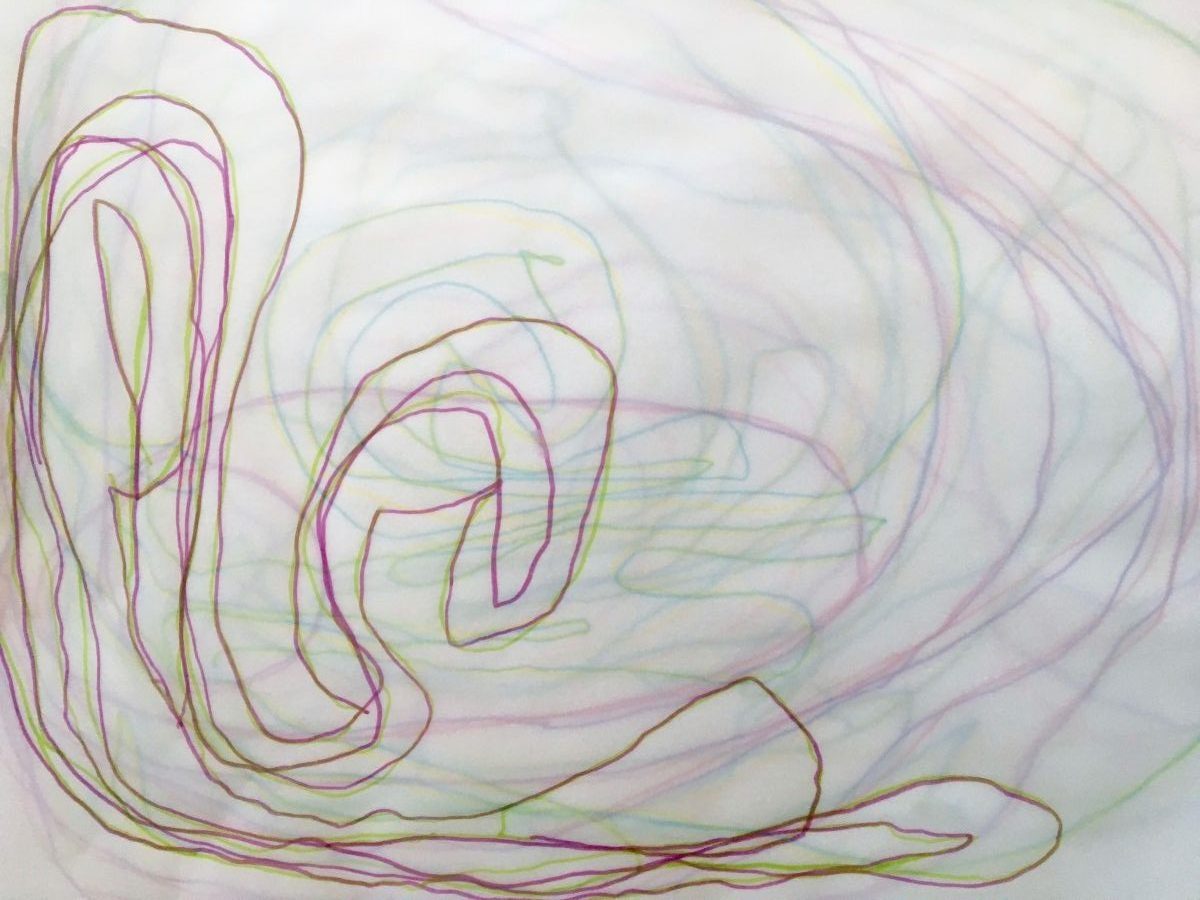 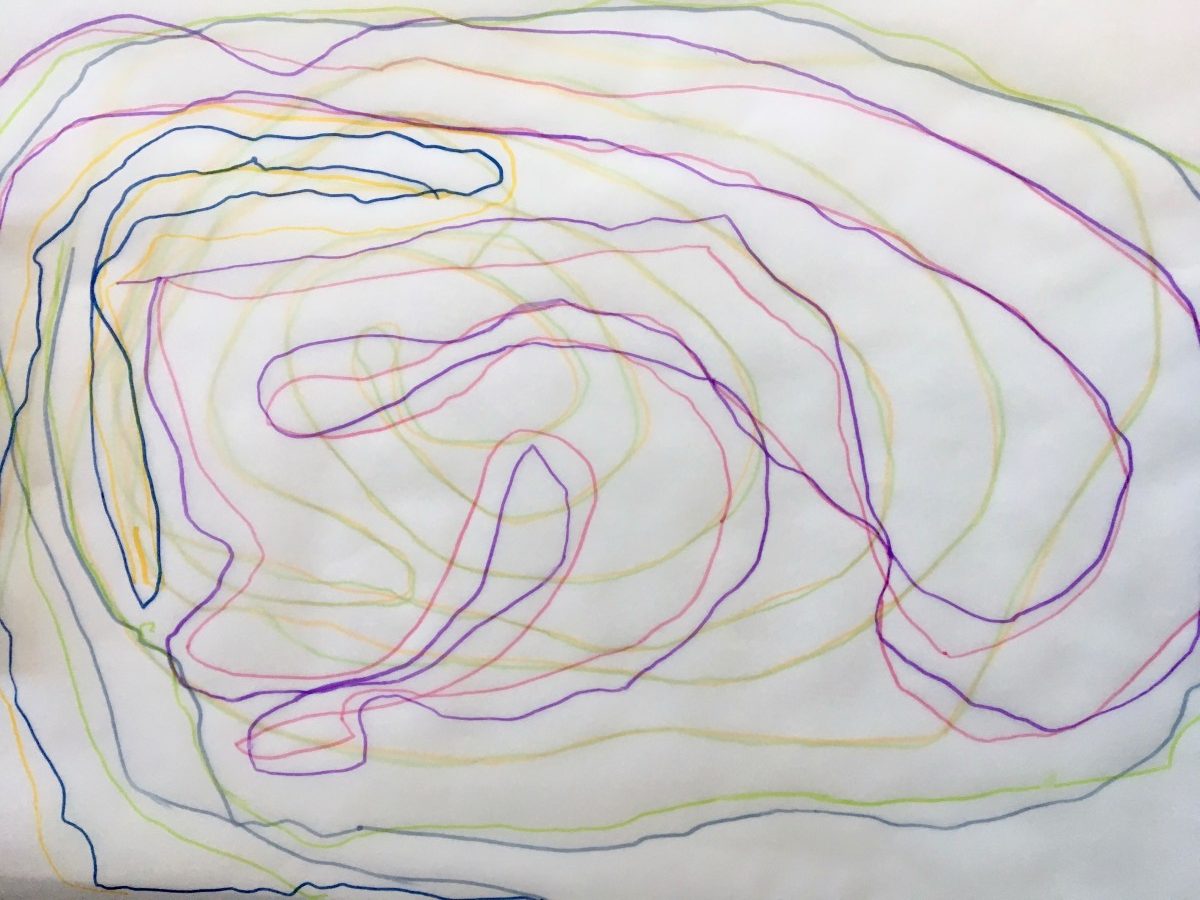 I’ve always loved drawings or paintings with scribbles and lines and these piles seemed to point to another way of using these drawings – another possible outcome. It was only when I did the same with tracings I made in pencil that another possible work began to emerge, one which was exactly in keeping with the idea of memory, family and recovering past times.