As a proud father I love my son’s paintings. If they were but monochrome blobs – which they sometimes are – I would love them, but recently he’s created some which seem to me quite unusual, especially for one so young (he’s only 3). He has a very delicate touch when it comes to painting and drawing – indeed, some of what he produces reminds me of the work of Cy Twombly. 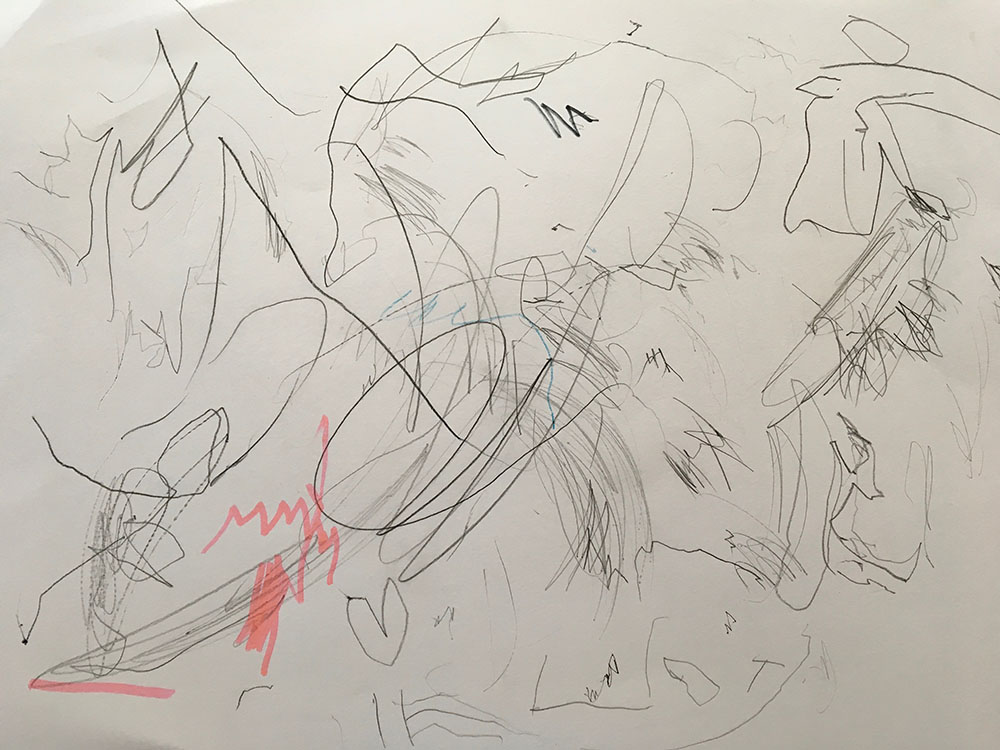 His paintings also show the same careful touch and can be very ‘precise’ such as those below. 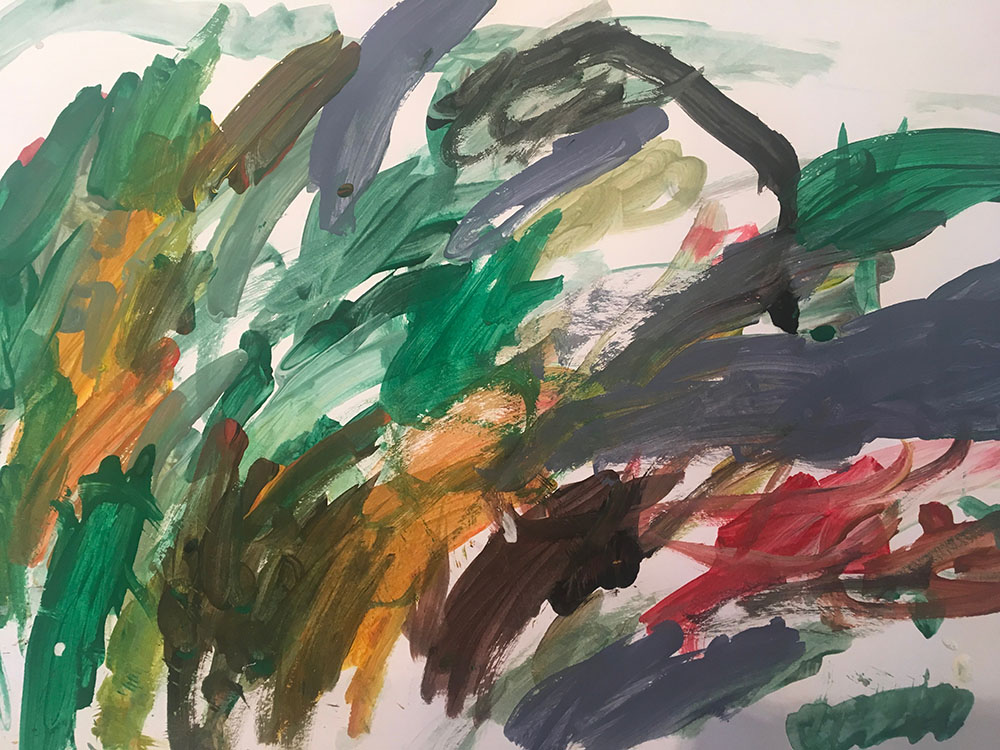 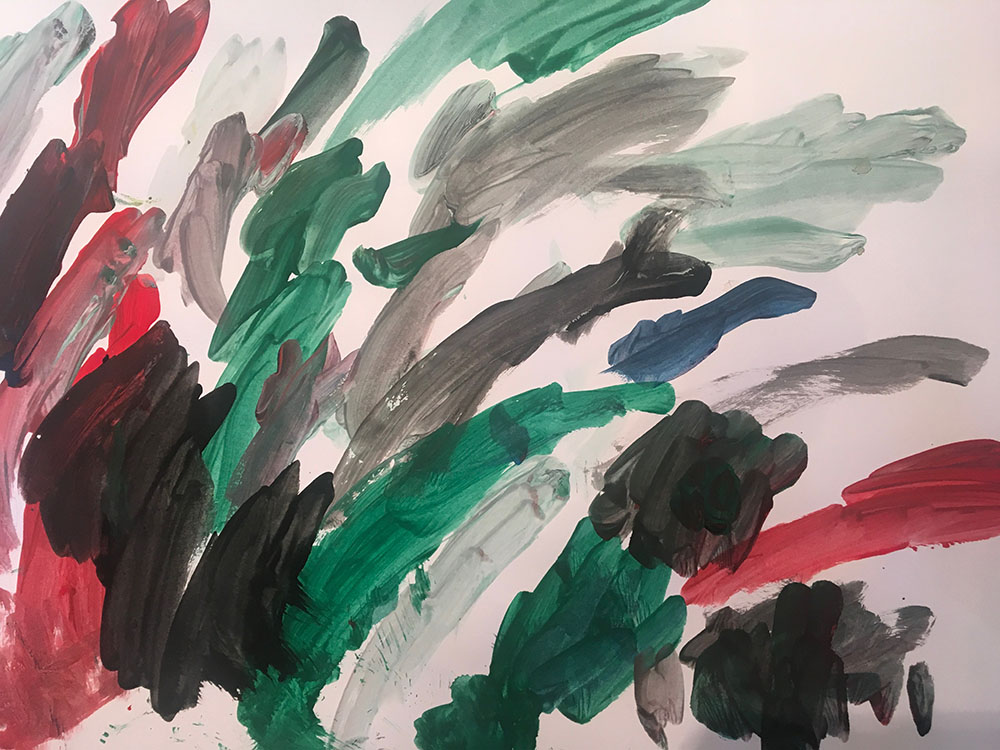 In the paintings above, I love the way he’s carefully separated the colours, along with the angle of the brushstrokes and looking at them, I’m reminded of the paintings I made of shadows whilst sitting in the woods at Shotover a couple of months back.

More recently I have been making work about memory. As a separated father, I see my children twice a week. It’s never enough, and in the time I don’t see them, I’m always remembering things I’ve done with them, whether it’s looking at photographs or the creative things we’ve done together.

One such line of work is based on drawings I made with my son, where he would draw on a piece of paper and I would try and follow (hid idea) the lines he made, such as that below. 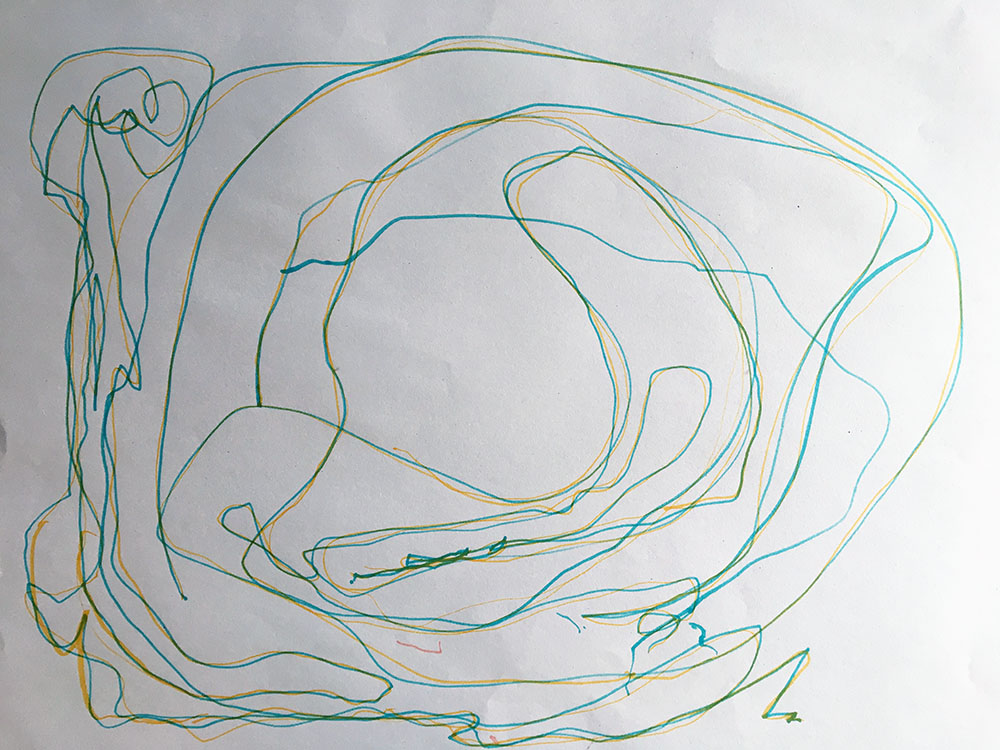 Taking this drawing as a starter, I’ve started to create a piece based on work I originally made in Australia about my transported ancestor, and then about the First World War 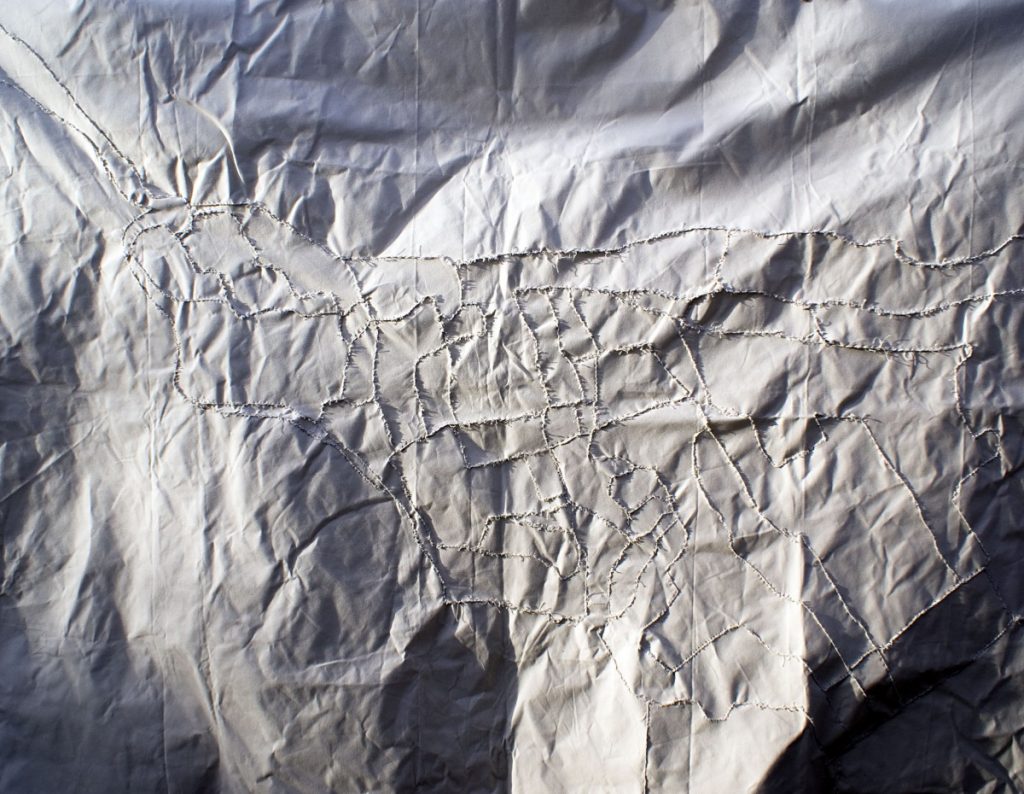 The aim is to trace these drawings to then create a stitched version, illustrating the idea that re-creating the past through memory will always be inexact, and that what occurred in an instant can never really be known again, no matter how hard one works. There is also something about absence in these works and the bond that exists between parent and child, something which is of key significance when looking at events such as the First World War. One is, after all, not only trying to recreate the past through the imagining of the Western Front, but also the ties which bound families together.