I visited Auschwitz in October 2006 and explored my reaction over the course of my MA in Contemporary Art (completed 2008). It’s a theme I developed over the proceeding years, during which time, I was sometimes asked the question: ‘is it still relevant?’

‘Yes’, I answered. Of course it was. For although, 70 years on, such an atrocity might never be perpetrated in such a systematically brutal way again, atrocities will still be perpetrated. The numbers might not be on the appalling scale of six million Jews but terrible things will still be done to individual people. And, despite the anonymising pall of vast statistics, those who died in the Holocaust were individuals.

10 years on and the question of relevance is even more pertinent. European politics has lurched to the right and the present incumbent of the White House is a rabid fool who understands nothing of the plight of individuals, whatever their religion, their country or culture. His attacks on the press and the arts make the role of the journalist, writer and artist all the more vital.

And so, I shall take up arms and return to my work as an artist, something which has languished of late for all manner of reasons.

In the time I’ve spent researching the Holocaust, I’ve read numerous first hand experiences of those appalling events. But I hadn’t encountered the diary of Dawid Sierakowiak.

Dawid was, according to the foreword (written by Lawrence L. Langer) an extremely talented young man; someone who, had he lived, might have become a writer of some renown. As it was, he died of starvation in the Łódź ghetto, Poland, at the age of 19, leaving behind a number of notebooks, in which he had written of his battle to survive life in the ghetto.

I’ve only just started reading the diary which begins shortly before the start of War, on Wednesday, June 28 1939 with his arrival on a summer camp in Krościenko nad Dunajcem (Krościenko on the Dunajcec). Knowing what happens to Dawid, his family and friends makes this first entry so incredibly sad.

“We arrived safely today at summer camp. After a fourteen-hour train ride and an hour by bus, dinner was waiting in Krościenko. The food is excellent, plentiful and tasty…”

Looking at a map of Poland, I realised that I had once stayed very near Krościenko in the town of Szczawnica and my memories of that beautiful place served to colour the ‘black and white’ memories imparted by these first entries.

This is, in a very small way, a link to Dawid. 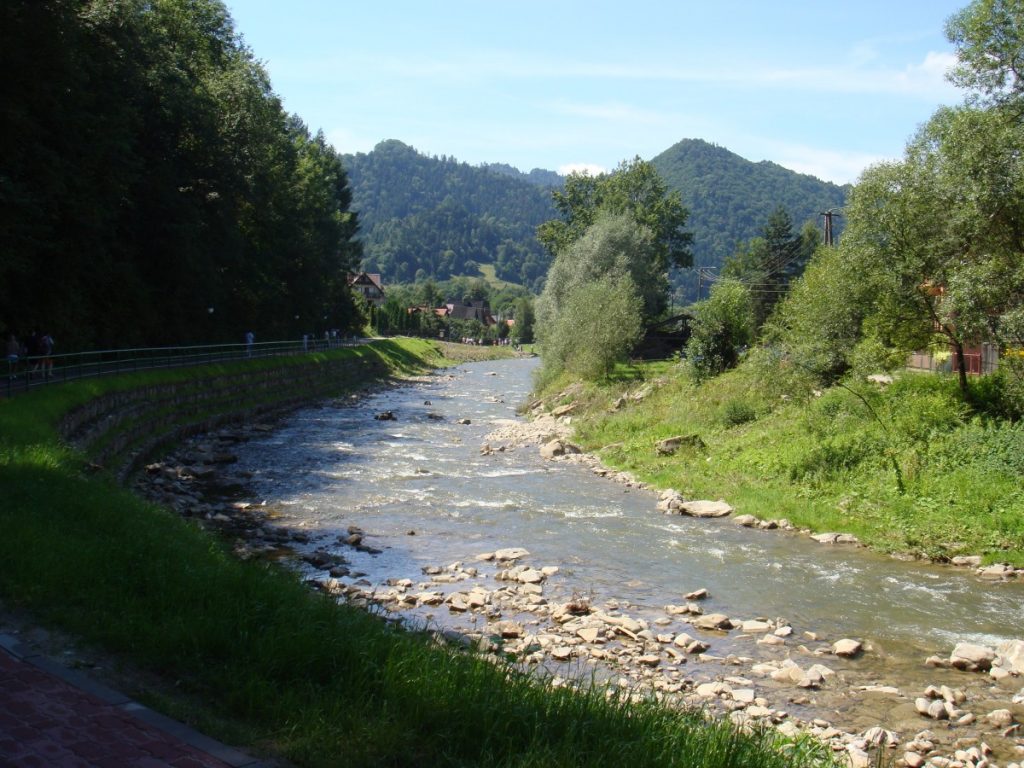