Over a year ago I wrote about the beginnings of a project concerned with Music and Text. I must admit that I’ve not followed up this project what with my MA Show and other things taking over, however, recently, in working on another project (see: Wolvercote Cemetery) I have come around to picking up where I left off. It was whilst considering the cemetery in Wolvercote, but whilst visiting another cemetery in Highgate that I was struck whilst looking at the hundreds of names carved into the stone how once these names would have had a sound.

As I wrote after my visit: “…when we read a name, we hear within our minds, albeit silently, the sound of a name that was spoken countless times. We hear it muffled, like bells were muffled at times of death.”

I then began to think back to another line of research which I’d started sometime earlier. This was in regards to Old Musical Instruments which I studied in the Ashmolean Museum. The reason for the research was to try out a method of observation the results of which led me to assert (a point which may appear rather obvious) that the design of the instruments, sitting silently behind their glass; the materials used and so forth, were as such so that the instrument would make the perfect sound.

The silent instrument sitting in its display case was made to make a sound, just as a name, carved on a tombstone was there to be spoken.

A Lira da Braccio in the Ashmolean Museum. 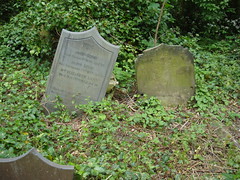