When I was a child, we would often go as a family to Swanage for our holidays, usually accompanied by my Nan and Grandad. I have wonderful memories of those times; sudden storms on the beach, the amusement arcade (from which my Nan was asked to leave after a mild-mannered contretemps with the change machine), evening milkshakes in Fortes, preceded by putting on the putting green (pictured below).

I loved putting and it was during a conversation in the office about Swanage that I wondered where exactly the putting green was. So often with memories, an event’s location slips anchor and drifts away, bumping up against other unassociated memories.

Using Google Streetview, I ‘went for a walk’ through the town centre, past the amusement arcade and what had been Fortes and, using the house in the background of the above photograph, arrived at what had been the putting green.

It was a putting green no more.

It’s disconcerting, coming face to face with your past in the form of a ruin, or covered – as above – in tarmac. Suddenly, the way in which I visualise the far-distant past becomes the means by which I see my own. 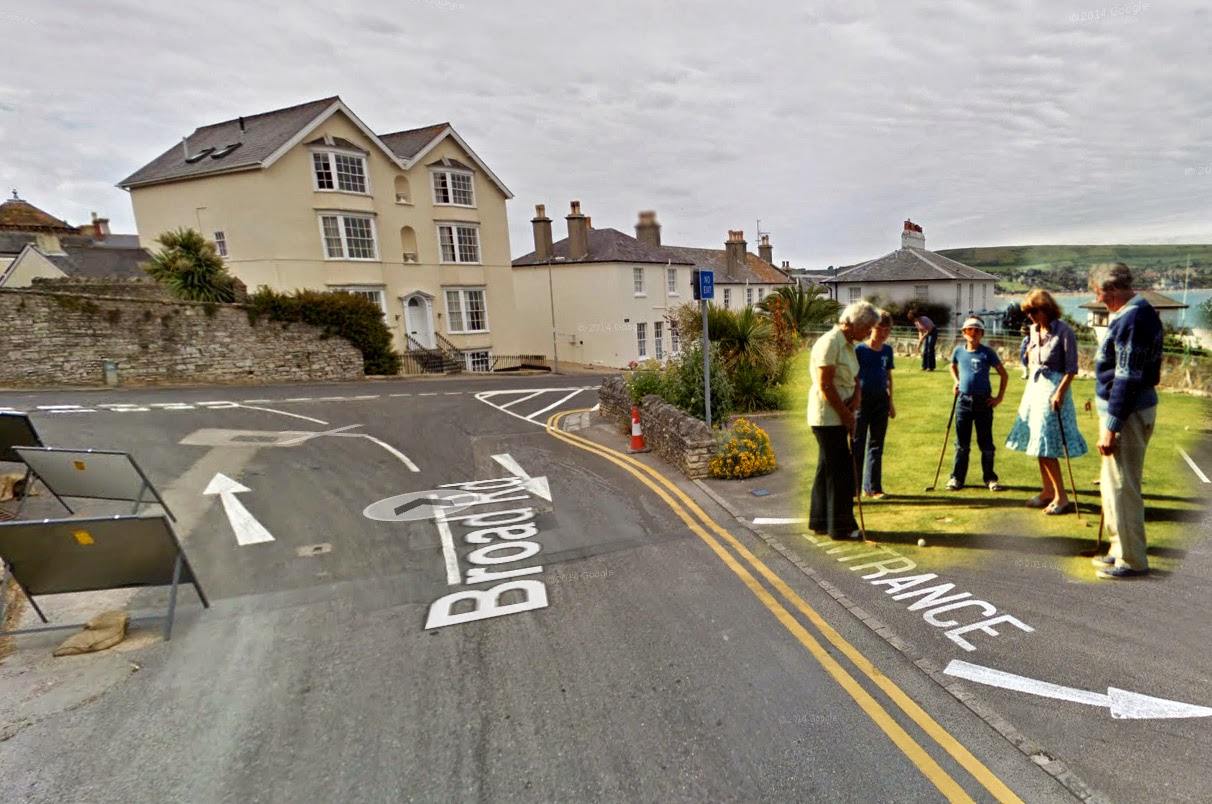 I found the same on a visit to my first school, when I saw how the swimming pool had become an overgrown ruin.