A couple of days ago, I read the following passage in ‘The Odyssey’ in which Homer describes how Odysseus and his men escaped from the cave of the Cyclops Polyphemus.

As for myself,
I chose the finest ram in the flock, and I grabbed it
and swung myself under its shaggy belly and clung there
face upwards, my fingers tightly gripping its wool
and as patient as I could be. In this way, with moans
and tears, we hung from the rams and waited for morning.
As soon as the flush of dawn appeared in the heavens,
the males of the flock began to go out to pasture,
while the females, unmilked, their udders now full to bursting,
bleated beside the pens. Their master, still racked
with hideous pain, felt all along the rams’ backs
as they stopped in front of him on their way out, but the fool
never realized that 1 had tied my companions under their bellies.

Yesterday, I had a wander in the Ashmolean Museum and discovered this: 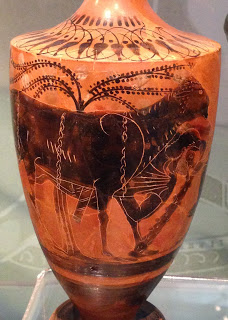 It’s a jug dating from 550-501 BC which shows in its decoration, the moment Odysseus steals himself out of Polyphemus’ cave under the ram. 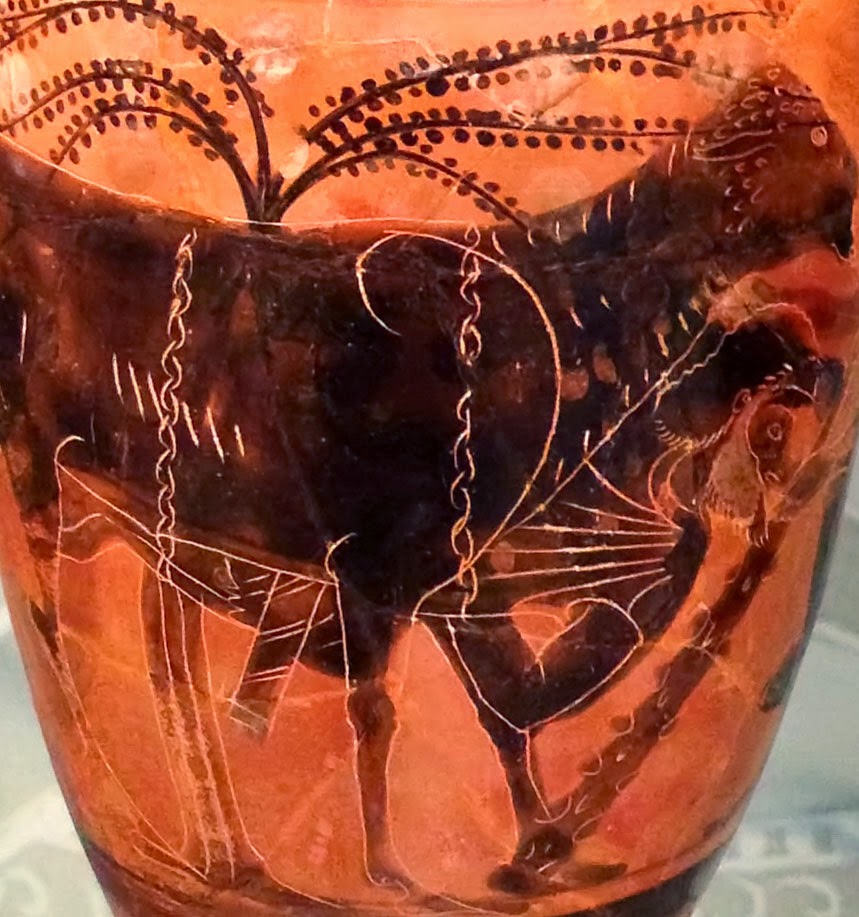 It was a particularly strange sensation, to have in my memory, a piece of text I’d so recently read and to then find it illustrated on an object which was 2,500 years old.