Having photographed the grave of Henry Sides, I took one of another grave which had caught my eye whilst walking the same path. This belonged to an Alfred Wilmot: 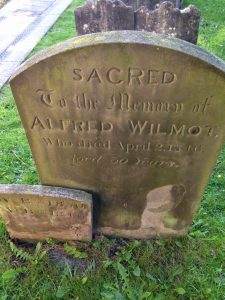 SACRED
To the Memory of
ALFRED WILMOT
Who died April 2 1846
Aged 30 Years
The only record I have been able to find of an Alfred Wilmot from the 1841 census is this: 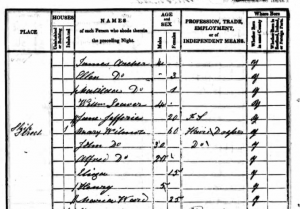 It shows Alfred living with his mother Mary (60), brothers John (30) and Henry (5) and sister Eliza (16). However, if this was the Alfred on the gravestone, he would have been 25 in 1841. It could be that census is wrong and that he was actually 26.
In Jackson’s Oxford Journal, I did discover a marriage notice for an Alfred Wilmot, who married Emma Leader at St. Paul’s church on Christmas Day 1841. 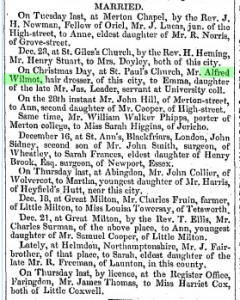