Iris created a treasure hunt for me and Eliot; a trail of post-it notes stuck around the flat, each containing a clue as to the location of the next. Once we’d completed the hunt and solved the puzzle (letters which formed the words ‘I am Amazing’), Eliot decided to do one of his own. He too stuck dozens of post-it notes around the flat, each with a scribbled line which he told me was writing. 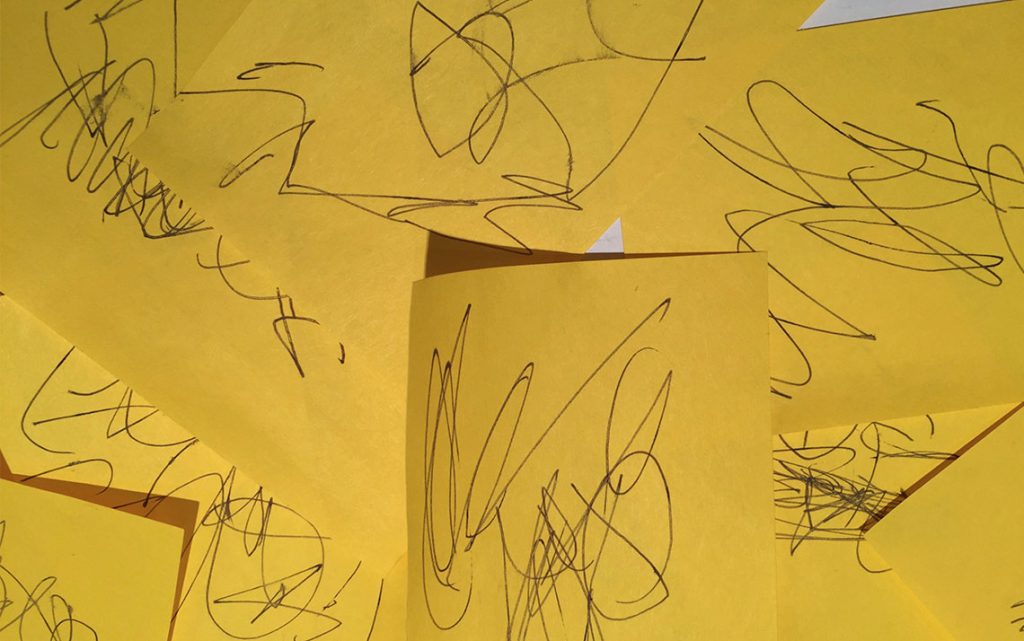 It goes without saying that I thought it a very sweet thing to do and again I used the notes as a source for some play of my own, tracing the lines he’d drawn – written – on the post-its, and then drawing over them in felt-tip pen. I was immediately struck by the fact that they did indeed resemble a writing of sorts, albeit one as yet unknown and undeciphered. 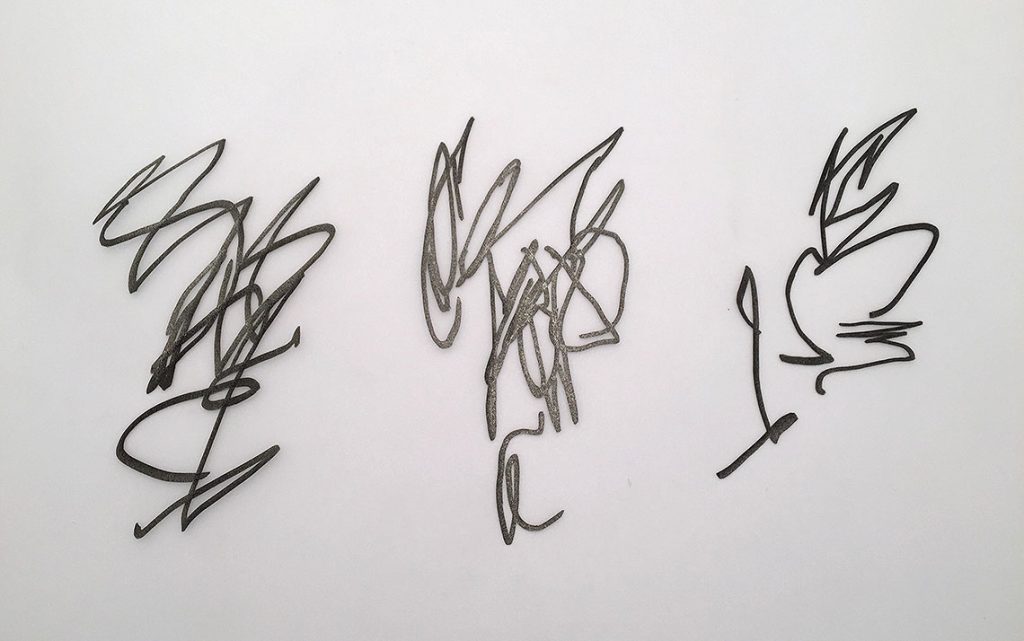