When one of the ‘tokens’ is put in a frame, it becomes a thing in its own right; a fragment still, but one quite divorced from the others and from that from which they were cut.

What started with this (a drawing made in seconds by me and my son): 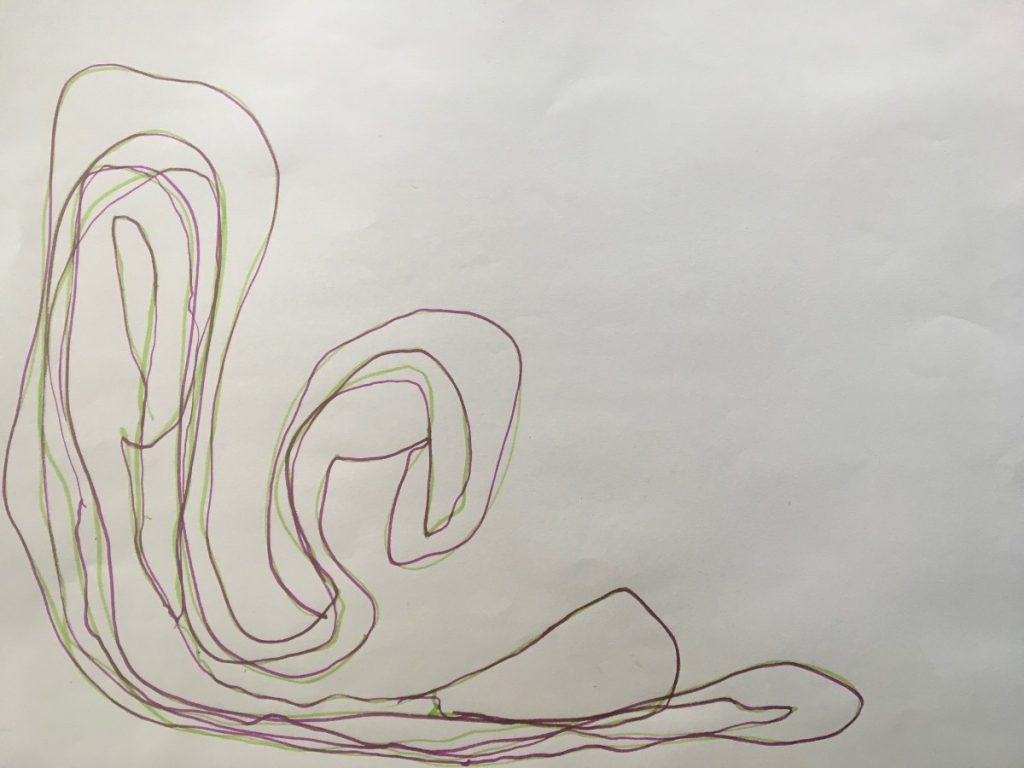 became this (a stitched version made over several days): 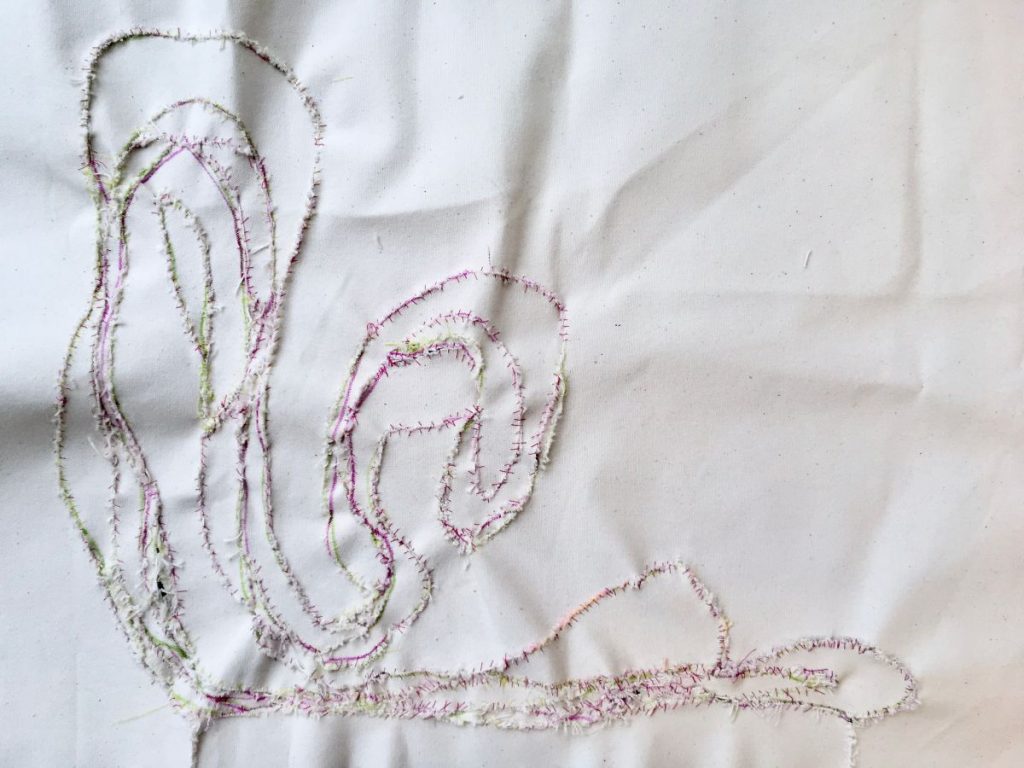 and ended up as this (one of many ‘tokens’ cut from the above): 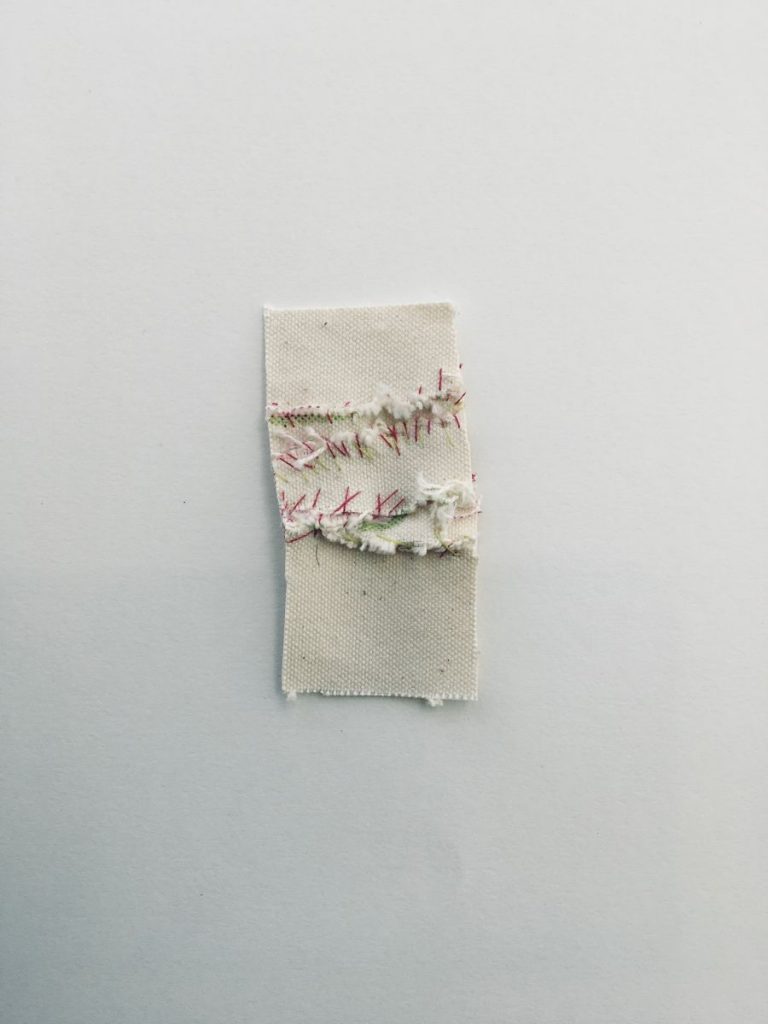 The following shows one of the tokens in a frame: 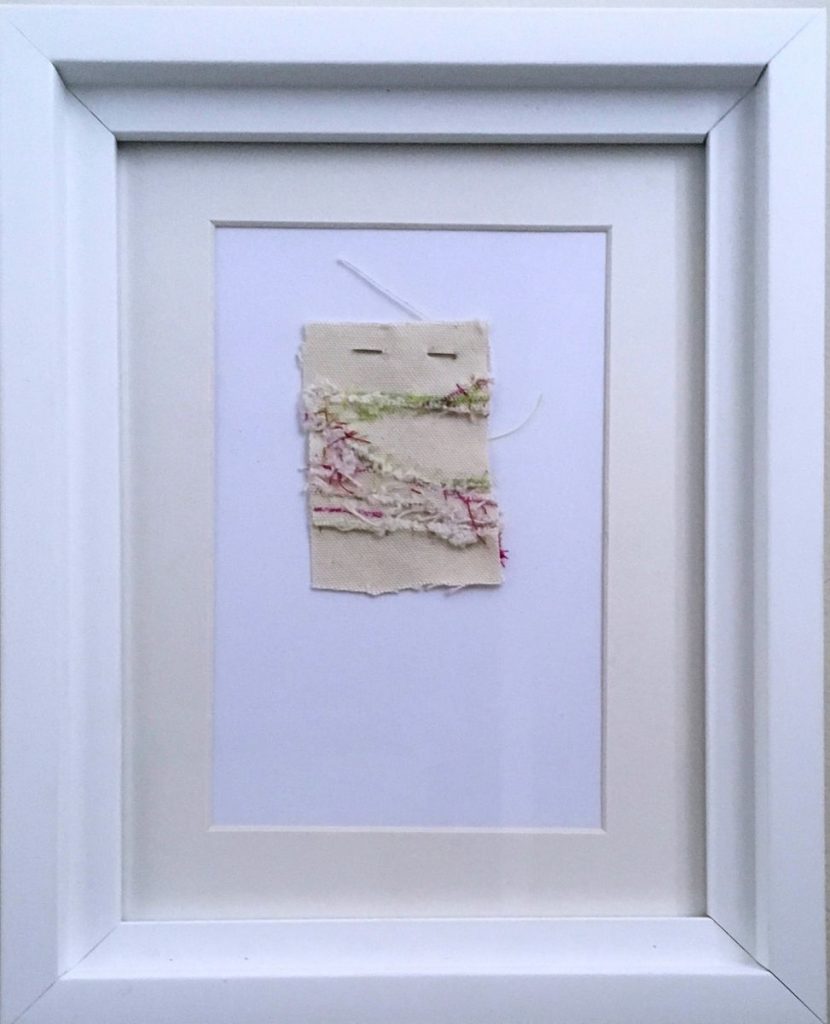 What this made me think about was how I would show these works: as individual objects such as that above or in a group? If there were several of these shown together, then their relationship to the original stitched work (and therefore the original drawn work) would be obvious. There would be a sense of the repetition of times when I’ve missed having the children. Grouping them together would therefore turn them into a work about remembering; remembering in those times when I haven’t had the children, what we did when in the times we spent together.

The original stitched work is about two things:

The tokens made from this stitched piece are about the fragmenting of my time with my children. As an individual piece (such as that above) it’s about a time when I’ve said goodbye. Grouping them together therefore would show a lot of ‘goodbyes’ but also an equal number of ‘hellos’.

What I’m wondering now, as I’m about to complete the second of these stitched works, is whether when grouping a number of these fragments together (and as they are grouped together, so a wider memory is rediscovered) I should mix up the pieces, so that some from different drawings are placed alongside, after all, memory is not linear and memories often become mixed up with others. What will be palpable from seeing the grouped tokens is a sense of many goodbyes and indeed hellos; fragments of times when I’ve been without them and thinking of them, but on a positive note, a sense of many memories shared with them as well.