As with observations of this type, the text is written almost as a stream-of-consciousness, as a result of which there might be a fair amount of repetition, dropped sentences, and parts that won’t make an awful lot sense! But that is the nature of the thing; to find a hook – a few words that might be the foundation of something else.

Goethean observation of a book; Grey Owl’s ‘Pilgrims of the Wild’, published in 1935.

The object is a book with around 300 pages. It’s hardback, grey with a fair amount of wear and tear; mottled with patches of lighter grey. The spine has the title and the name of the author and publisher. The front and back covers are both blank with the same discolouration.

As I flick through the pages my eyes jump from word to word, picking out fragments of sentences.

I read in my head – aware of the sound of the boiler, the clock on the wall and the odd car outside; not so many due to the current pandemic and the restrictions placed on movement.

I can, as I flick through the pages, smell the age of the book; the smell of fusty paper. The spine and covers crack as I turn them. The paper is yellowish with age.

On the first blank page is an inscription:

A Christmas present from 85 years ago.

I’m aware of the book’s weight. 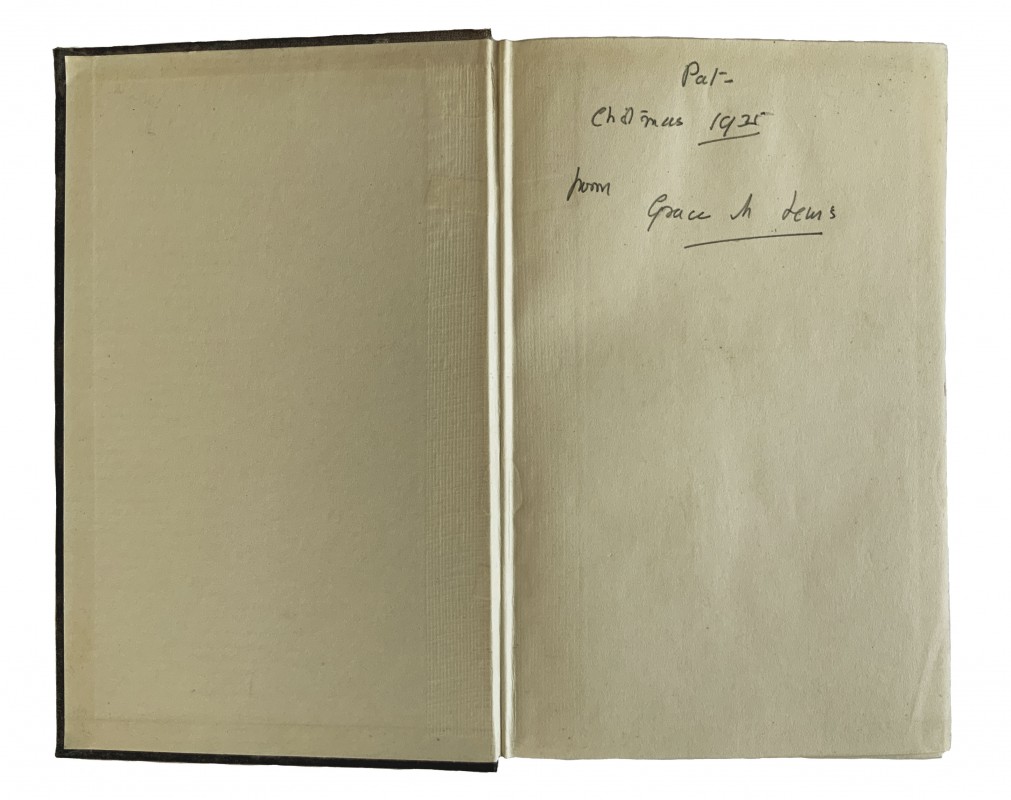 Grace wrote the words with a fountain pen, blew on the words and then, having left it to dry, closed it again, smoothing the cover which I have just done. Is it wrapped? Is it unwrapped? Was it given in person? Was Grace there when Pat opened it?

Who was Grace? Who was Pat?
How did they know each other?

The book is a token of friendship.

What did Pat do on receiving it? He/she probably flicked through the pages as I just did – their eyes picking/snatching odd words from the pages.

The book would be put down and Christmas 1935 would begin its drift into the distant past.

Was it was read over a period of time or in one go? As I read the the words on a random page I find myself in time with Pat. When I read a sentence further on, I find myself in a slightly different time – perhaps a different place.

This phasing occurs within the mind; Pat reads the book in 1935/36 – his/her words sounding silently in their mind.

When I read, the words too are sounded silently in my mind. It is in our minds that the phasing occurs. I become aware again of the sounds around me as I read the words, as I sound them in my mind, and I wonder what sound Pat could hear when she read these words.

And what of others who have read the book throughout the intervening years?

I read the last two lines of the book: The cycle goes on. The pilgrimage is over.

I turn over and rest my eyes on the blank pages. 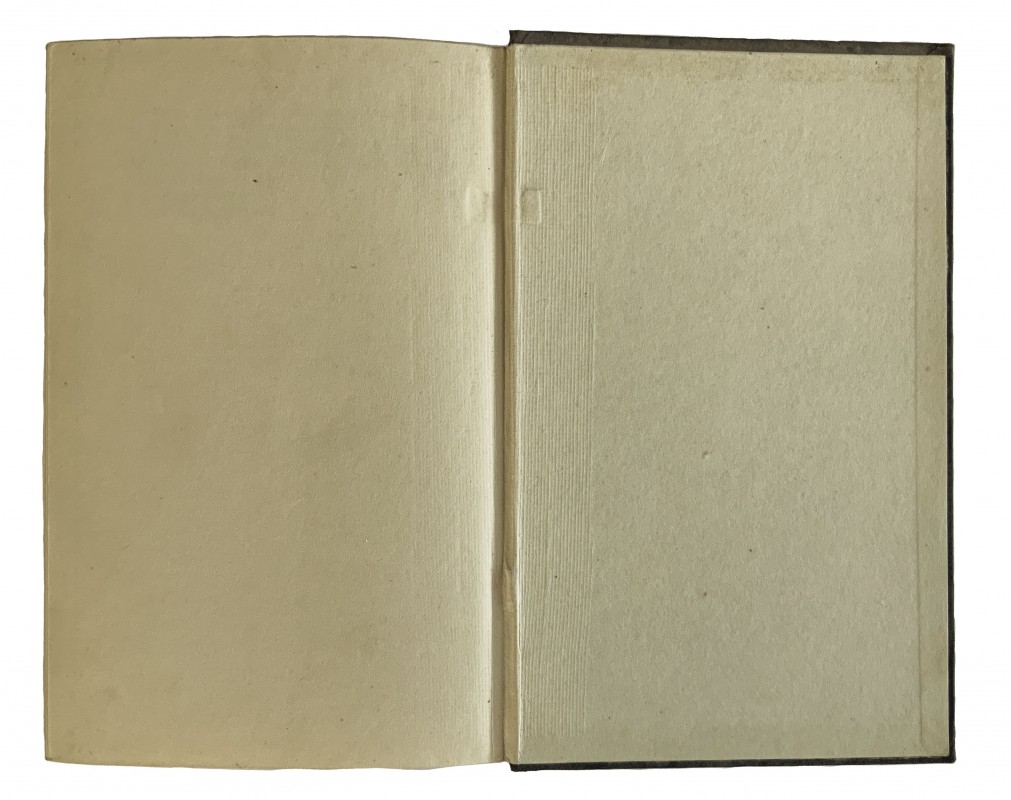 I’m aware in my time of the foxing on the paper; the stains where the tape is showing through. I become aware for a second of the book’s production; the binding of it – the binder.

I close the book and put it down. It’s as if the book has collected time, as if each reading builds a layer within its pages; becoming with each reading slightly – imperceptibly – heavier.

The pages when looked at from the top and the side are like layers – strata within which these readings are buried.

It’s as if the words are taken from the page and replaced. There is an exchange of sorts.

Everything takes place within the readers’ minds, but there is the physical link of the book itself; its weight in my hands.

Back on the shelf it becomes weightless.

When you polish something, you take a very thin layer off the thing being polished – imperceptible.

Reading a book is like that. One is removing but then replacing at the same time.

Reading a book is like listening to a record but your voice comes out – silently in your own mind.

The book not only imparts, it records; it collects as much as it gives, in silence.

At the end of the book, the words have become shadows of the pictures the reader has imagined, but no less diminished as a result.

The blank page at the end becomes a mirror within which you see these imperceptible traces of everyone who has read that book before.

The book held lends its weight.
The book is a mirror which does not reflect.
I ‘polish’ to see, but it is only in my mind that I see.
My reflection is not revealed. It is kept.

The book lends its weight; the weight borrowed from another time and given to this.
The book is a mirror which does not reflect. I polish to see, but see only that in my mind’s eye.
My reflection is not revealed, only kept by the book.

Each reading is also an inscribing – a wordless inscription.
The gesture of inscribing without writing (shadows).

The gesture of the book is an inscribing without words on the blank page at the end before the book is closed.

The weight is relinquished,

A polishing to see what’s in my mind’s eye; like my reflection revealed to the book.