In Samuel Borton’s will we read: 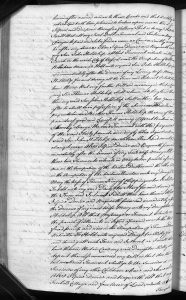 …in which I read the following:

Could William Robertson be the Mr Robinson in Samuel’s will?

I give my Daughter Mary the House next Mr Phipps house

This doesn’t give us a parish but I can’t help but think that Mary Borton must have married William Holdship.