Yesterday, I finally finished stitching together the canvas pieces for a workI have tentatively called Repaired Sail of HMS York (1828), refrerring to the prison hulk on which Stephen Hedges was incarcerated before being transported to Australia. The hulk was a demasted ship and on contemporary images (such as that below) one can see how clothes were strung across the ship, almost as if replacement sails themselves.

This piece also alludes to an earlier work of mine called ‘Old Battle Flags‘ which I exhibited as part of my  recent Mine the Mountain exhibition. This work – Repaired Sail of HMS York (1828) – was made in response to the old battle flags one finds sometimes hanging in cathedrals. As I wrote in a text accompanying the work:

“Whenever I see them, hanging from their poles, still and lifeless, I think of the wind that would have once shaped them, a wind which would have once blown and turned the pages of history as it was being written. It reminds me that the flags had a place in what was then the present, rather than a scripted, preordained past. I can remember as a child, sitting on the beach when the weather was less than clement, when the wind whipped the sand, drilled the waves and flapped the canvas of the deckchairs. These deckchairs on display still have their colours, and in the main, their shape, but now they are broken; metaphors for times which cannot be revisited.“

The flags hang lifeless without the wind – the past hangs lifeless too. HMS York in this sense is a metaphor for the past – demasted and without a sail, lifeless almost, a prison for the past which in its own present criss-crossed the globe. To re-witness that past we need to see it move again, to catch the wind: we need a new sail.

The sail in this work is made of canvas, and is derived from a pattern made from data recorded on a GPS. The data itself represents a series of nine walks made during the first week or so of the residency here in Newcastle, NSW. As I have discovered through my work over the last few years, walking and being in a particular place and experiencing the everydayness of a place, is vital in our understanding of associated historical events. It is relevant therefore, that this ‘sail’, made to catch the wind and ‘move’ HMS York once again, is constructed from a series of walks.

Below are a number of images of the sail. 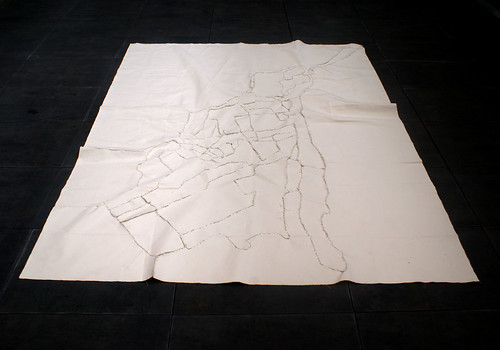 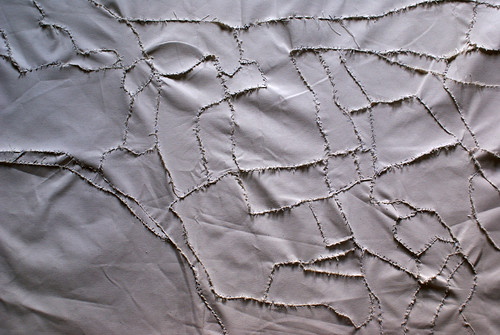 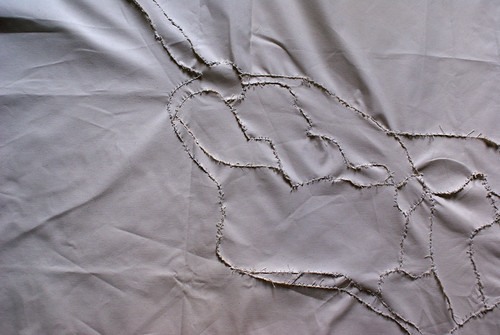 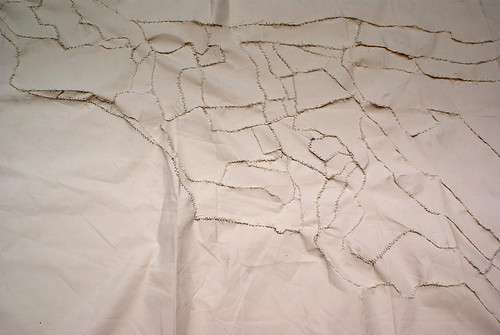 Often, it’s the reverse side of a piece like this which proves to be the most interesting, and indeed the most aesthetically satisfying. This particular canvas is no exception. When I turned it over and laid it out, I found the loose threads and knots particularly interesting. Perhaps they remind me the cut lines of past lives or the unwritten lines of text of which, for the most part, history is comprised. Below are images of the reverse side of the canvas. 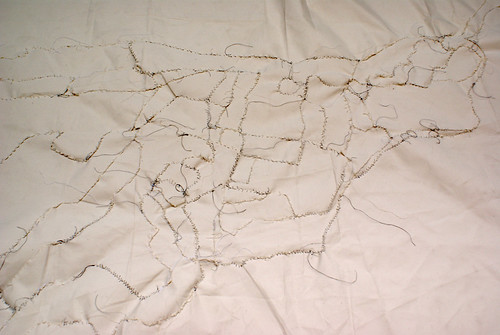 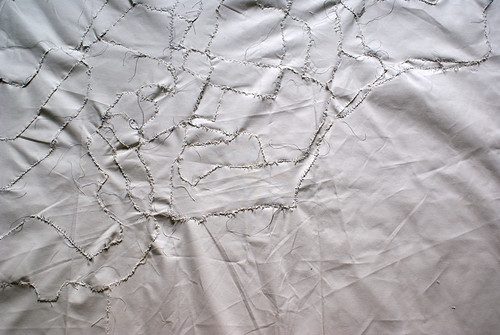 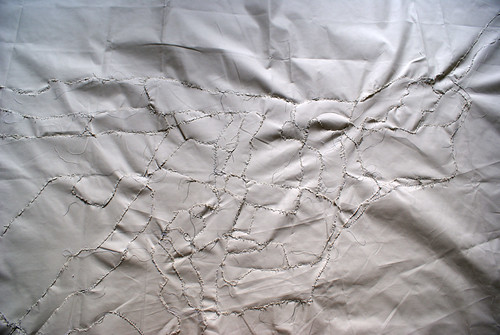 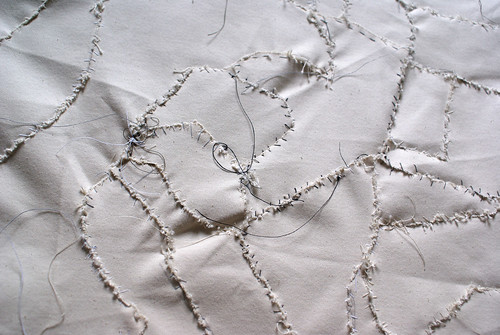