This evening I started filiming – for documentary purposes – my work on creating the templates for the ‘sail’ which I will start to sew soon. As I set up the video, I noticed, in the corner of the room, a patch of light on the wall and the floor. It reminded me of the paintings of Hammershoi, such as the image below which I wrote about in a previous blog entry back in March this year.

I put the video camera on the patch and started filiming for a couple of minutes, but as I watched the subtle changes in light I decided to leave it running until the tape ran out some 50 minutes later. The results were rather beautiful; an illustration of the passing of time, the end of a day and the the ‘nowness’ of the present – something which Hammershoi reveals beautifully in his paintings. Although painted at the beginning of the 20th century, the patch on the light keeps them very much a part of the present – the shape of the light cast by the window is something with which we are all familiar.

The stills below – taken from the video – show the light over a period of about 50 minutes. 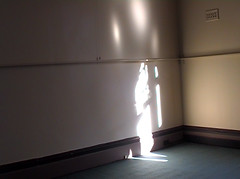 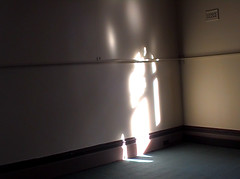 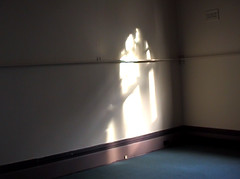 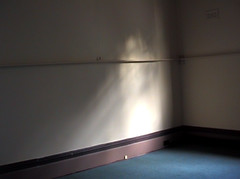 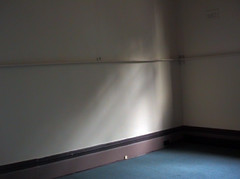