I’ve made a lot of progress over the last couple of days with video work and with the sticthed map of walks I’m creating, the title of which will be something like ‘The Lost Sail of HMS York’ referring to the prison hulk on which Stephen Hedges was incarcerated in 1828 prior to being transported to New South Wales.

Having cut the templates and pinned them to the canvas, I then drew around each one directly onto the canvas so that I could begin cutting them out and stitching the piece together. To make things easier I will cut each piece as and when I need it so that I don’t get lost as regards where the pieces are meant to go.

The followng stills are taken from further documentary footage I’ve filmed of the process. 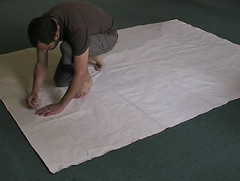 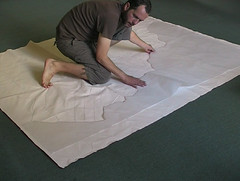 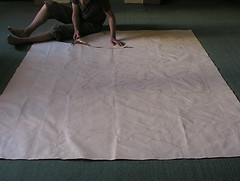 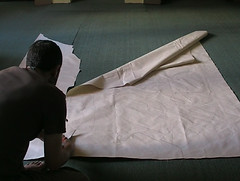 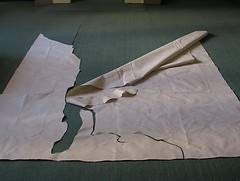