During the first week of this residency, I carried out a number of walks, the routes of which I recorded using GPS.Collecting all these walks together, I created a map of all the walks which can be seen in two images below. The first shows the pattern as revealed in the GPS software, the second in Google Earth. 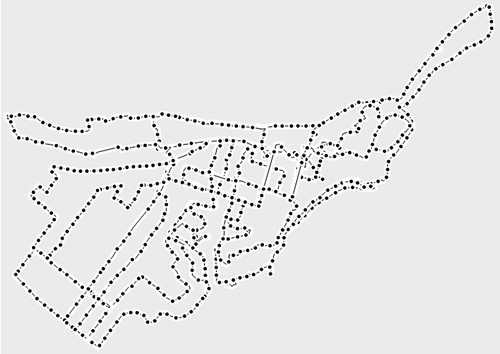 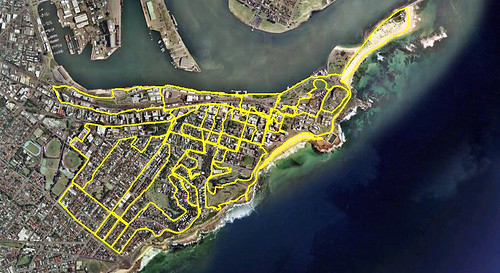 The next phase for this work is to divide the the first image into segments, each of which can then be tranferred to heavyweight tracing paper, after which the lines will be cut and the pieces left behind (i.e. the spaces in between the walks) transferred to canvas.