The photographs of dead birds which I took on Newcastle beach are particularly poignant; the lifeless bodies which had once soared high in the sky above are analogous with lost moments in time and, indeed, with the photograph itself. Dying out at sea, the birds had been washed up on the beach, joined in a line marked by that of the tide, rather like the words in my sketchbook, joined by the trace of the line of a walk. 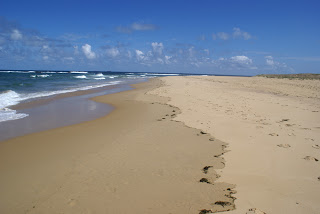 Putting the two together seems to make sense; the words of the walks referring to moments which once lived and which in the instant they were written down fell to the ground like the birds themselves. With every reading they are as those birds washed back up on the beach, joined again by a line – this time, the act of reading in sequence, or of reading them out loud. 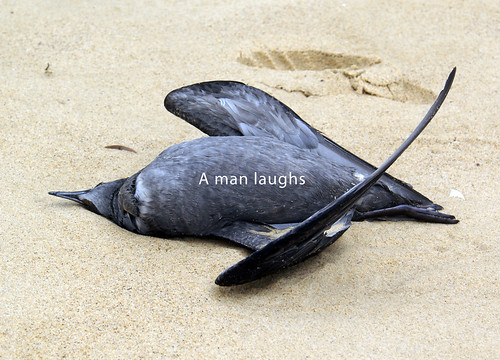 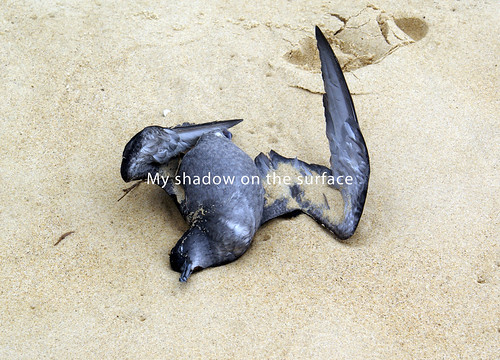 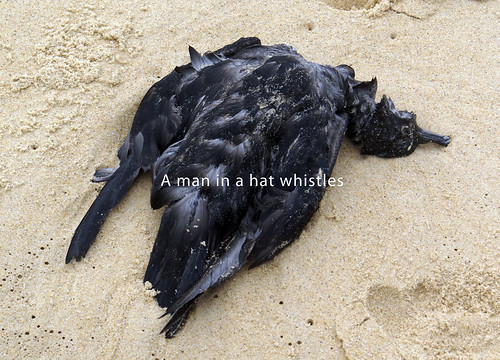