An area in which I’m interested is the idea of the past as having once been the present – an obvious point maybe, but often a more empathetic engagement with the past is made more difficult by the way in which history is packagaed or received – as a story with a beginning, a middle and an end. It’s almost as if those whom it concerns are characters in a work of fiction, whose actions are somehow predetermined.

Of course all historic events and the actions comprising them were made as part of an everyday world; that’s not to say major events such as war are ‘everyday’, but that they’re set against a backdrop of ‘everydayness.’

Having carried out a Plane Table Survey, I wanted to find a way of surveying the everyday diagrammatically. I’ve made everyday ‘surveys’ before in the form of lists but the images below are an attempt to articulate the everyday – as I’ve said – visually. 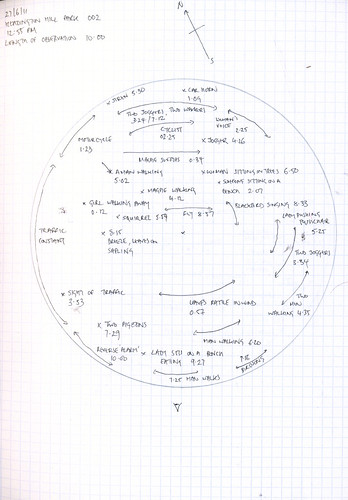 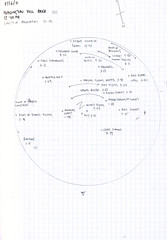 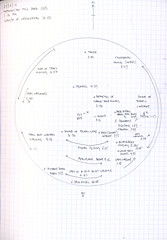