Whilst on my walk today, I took some time to explore the concrete ruins of what I discovered was the Shepherds Hill complex, described on a plaque fixed to one of the walls. 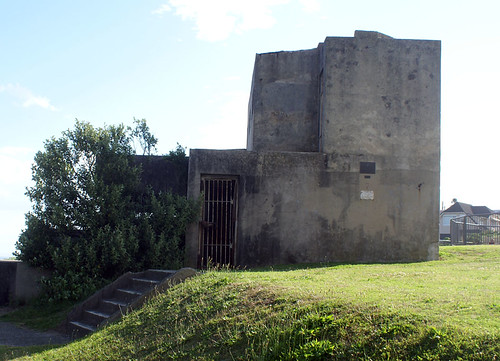 The text of the plaque is as follows:

The Shepherds Hill complex is unique to in Australia for housing, during 1942, all three services at one time. A fortress observation post (army) coordinated the guns at Fort Wallace, Fort Scratchley and Park Battery. A Radar station (RAAF) assisted in locating air and seabourne targets. A port war signal station (Navy) monitored shipping movements to identify if friendly or enemy. A directing station (Army) coordinated the coastal searchlights which were used to illuminate seabourne targets. The army also took over nearby houses as well as King Edward Park, closing it to the public.

The empty concrete rooms, all stopped up with bars are strangely enigmatic. Full of detritus, graffiti and fragments of rusted metal like fossilised bones, they’re also full of lines, the movements of people busy at the time of the second world war. 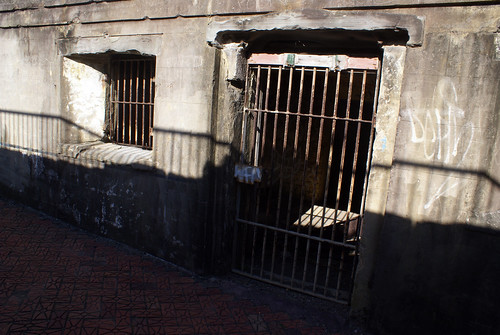 The steps that lead nowhere lead one nonetheless back to a time when they had a purpose, when they weren’t incongruous but rather banal and a part of everyday activity. 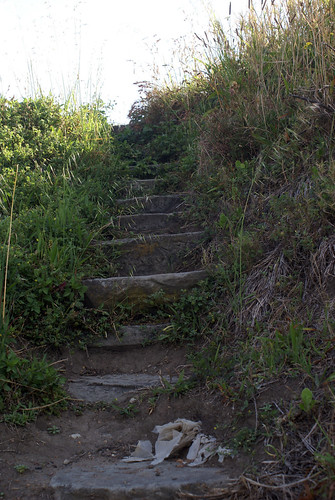 As I looked around the ruins, casting my eyes like the sonic pulse of a radar, I could imagine the individuals who once worked there, picking them out like blips on a radar screen. And it was interesting, given what I wrote about yesterday, that this space had once been used for the purpose of listening, just a few hundred yards from Yi-ran-na-li, where people haven’t listened enough.