Following on from the completion of my text map (which I’m thinking of as a map of an individual rather than a place) I remembered this photograph which I bought in a junk shop, which seems, visually, to capture the idea of the texts. The photograph (below) dates from the 1920s. 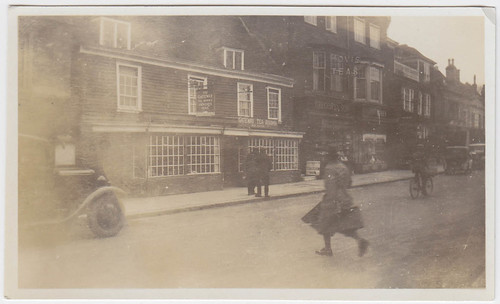 One can imagine what someone doing the same thing as me might have written had they walked through this scene: