Notes from ‘On Creaturely Life’ by Eric Santner

“In being left empty by profound boredom, something vibrates, like an echo of that ‘essential disruption’ that arises in the animal from its being exposed and taken in an ‘other’ that is, however, never revealed to it as such. For this reason the man who becomes bored finds himself in the ‘closest proximity’ even if it is only apparent – to animal captivation.” 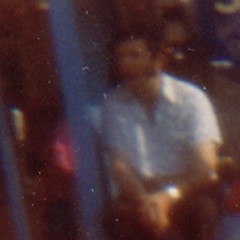 “‘The jewel set at the center of the human world and its Lichtung,’ Agamben writes, ‘is nothing but animal captivation; the wonder ‘that beings are’ is nothing but the grasping of the ‘essential disruption’ that occurs in the living being from its being exposed in a nonrevelation.’ But this means, Agamben continues, that Dasein is simply an animal that has learned to become bored; it has awakened from its own captivation to its own captivation. This awakening of the living being to its own being-captivated, this anxious and resolute opening to a not-open, is the human.”