I’m very pleased to announce that my forthcoming exhibition, Mine the Mountain, will be sponsored by Ancestry.co.uk.

I have been researching my family tree for almost a year now and in that time have used Ancestry to search thousands of records (census returns; births, marriages and deaths etc.) to build what has now become quite an extensive tree with roots stretching back to the mid eighteenth century. And although most of this research has been carried out alone, through using the Ancestry website I have been able to join forces with a relative (a second cousin) who I have never met and who lives on the other side of the Atlantic in Canada. He had already made good progress on one line of my family (that of my maternal grandmother) and through the website, I was able to merge much of that information into my own research (and indeed, share with him my own first hand knowledge of people he’d never met).
Using the website I made very quick progress, discovering hundreds of people, some of whom had been completely forgotten, swallowed up by time and almost lost to the past altogether. And it was in response to this idea of the anonymous mass, that what had started as a hobby became an integral part of my artistic practice.

I have always been interested in history and the past was always going to feature in the work I wanted to make and much of my work over the last two years has stemmed from a visit I made to Auschwitz-Birkenau in October 2006. 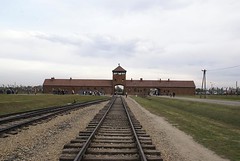 As with many historical and indeed contemporary traumas (whether ‘man-made’ or natural disasters), one of the most difficult things to comprehend at Auschwitz (and indeed with the Holocaust as a whole) was not only the sheer brutality and inhumanity of the place, but the scale of the suffering experienced there. How can one possibly comprehend over 1 million victims (6 million in the Holocaust as a whole)? The only way I could even begin to try, was to find the individuals amongst the many dead; that’s not to say I looked for named individuals, but what it meant to be one.
One of the many strategies I used to explore the individual was that of researching my own past; not just that of my childhood, but a past in which I did not yet exist. 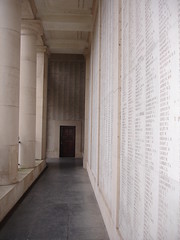 Using the Ancestry website I began to uncover names, lots of names which seemed to exist, disembodied in the ether of cyberspace like the names one reads on memorials (such as on the Menin Gate in Ypres), and I was reminded all the while I searched of a quote from Rainer Maria Rilke’s poem ‘The Duino Elegies,’ in which he writes that on dying we
“…leave even our name behind us as a child leaves off playing with a broken toy…”

It is interesting that in looking back on our lives and beyond, we inevitably pass through our own childhood, and indeed, I can remember mine replete with all its toys – a fair few of which were inevitably broken. In Rilke’s phrase above, we have an implied progression from childhood to adulthood and the fate that comes to all of us, but travelling back, we move away from death and think of our childhoods, remembering those toys which in our mind’s eye are always new, or at least, always mended. This sense of moving back and the idea of toys, or things, that are mended again, resonates for me with my research and my using the Ancestry website. One can think of the 800 million names stored in their databases as each being a broken toy, one that when it’s found again is slowly put back together.

Having discovered hundreds of names (or broken toys) in my own family tree, I’ve started to put the pieces back together, looking beyond the names to discover who these people were, and therefore, who I really am. And the more I discover, the more I find myself looking at history in an altogether different way. History is sometimes seen as being nothing but a list of dates, but like the names on Ancestry, there are of course a myriad number of things behind the letters and the numbers (the broken toy in the attic has been to places other than just the attic – and has been things other than just a toy).
Now when I think of an historical date, I relate that to my family tree and consider who was alive at the time. For example, when reading about the Great Exhibition of 1851, I know that at that time Richard Hedges, Ann Jordan, Elijah Noon, Charlotte White, William Lafford, Elizabeth Timbrill, John Stevens, Charles Shackleford, Mary Ann Jones among many others were all alive; what is for me a distant event described in books and early black and white photographs, was for them a lived moment whether or not they visited the exhibition itself.

When this photograph inside the exhibition hall was taken in 1851, they were a part of the moment, even when farming in Norfolk. When the guillotine fell upon Marie Antoinette on October 16th 1791 (I’ve just been reading about the French Revolution), Thomas Sarjeant, Ann Warfare Hope, David Barnes, Mary Burgess and William Deadman were going about their normal lives somewhere across the channel in England, and it’s by understanding their lives – of which I am of course a consequence and therefore a part, that I can begin to understand history as not some set, concrete thing that has happened, but something fluid, made of millions of moments which were at one time happening. Every second in history comprises these millions of moments when the world is seen at once by millions of pairs of eyes.

Therefore, as well as being a huge database of names, Ancestry can be seen as being a database of moments, the more of which we discover for ourselves, the greater our understanding of history becomes. This, in light of the project’s origins at Auschwitz-Birkenau, is particularly pertinent; the Holocaust, as a defined historical event, becomes millions of moments and the Holocaust itself not one single tragedy, but a single tragedy repeated six million times.

In effect, Ancestry allows users to map themselves onto history and the family tree becomes not just a network of relationships between hundreds of people but a kind of physical and geographic biography of the individual. Places we have heard of but never been to, places we have never known before become as much a part of our being as the place in which we were born and in which we live. For example, if there’s a place with which I can most identify physically or geographically, then that place would be Oxford, the town in which I was born, grew up and in which I live. Its streets which I have walked and its buildings which I have seen countless numbers of times, all hold memories – and what are we in the end but these. 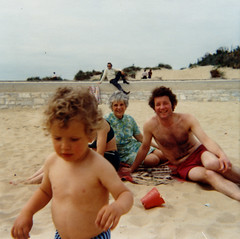 Of course there are numerous other places which I have visited and which make me who I am (seaside towns in Dorset where I holidayed as a child for example) but as well as these places are those which, until I began my research, I had either never heard of or never visited: Hafodyrynys, Dorchester, Burton Dassett, Southam, Ampney St. Peter, Minety, Ampney Crucis, Cefn-y-Crib, Kingswood, Usk, Eastleach, Wisbech, Walpole St. Andrew and so on. Furthermore, places I had known and visited were shown to contain memories extending way beyond my own lifetime but of which I am nonetheless a part, or at least, a consequence. I have been to Brighton many times and have many memories of that place, but all the times I have been there, never did I realise how much it and the surrounding area had come to make me who I am. 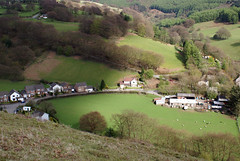 So, as well as being a vast database of moments, Ancestry can be seen as an equally vast set of blueprints, each for a single individual – not only those who are living, but those who’ve passed away. And just as the dead, through the lives they led, have given life to those of us in the present, so we, living today can give life back to those who have all but been forgotten. Merleau-Ponty, in his ‘Phenomenology of Perception’, wrote:

“I am the absolute source, my existence does not stem from my antecedents, from my physical and social environment; instead it moves out towards them and sustains them.”

Of course our existence does indeed stem from our antecedents (and as we have seen, our physical environment), but what I like about this quote is the idea of our sustaining the existence of our ancestors in return. The natural, linear course of life from birth to death, from one generation to the next, younger generation, is reversed. Generations long since gone depend on us for life, as much as we have depended on them.

In his novel, ‘The Notebooks of Malte Laurids Brigge,’ Rilke wrote the following:

“Is it possible that the whole history of the world has been misunderstood? Is it possible that the past is false, because one has always spoken of its masses just as though one were telling of a coming together of many human beings, instead of speaking of the individual around whom they stood because he was a stranger and was dying?” 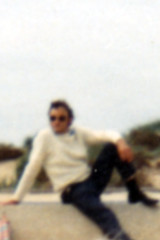 This quote brings me back round to what I spoke of earlier; the idea that the past is made up of countless millions of moments – that History is not the concrete thing that has happened, but something more fluid, something which was once happening, and which, given Merleau-Ponty’s assertion above, is still happening, or at least being sustained. These moments are the world as seen by individuals. In Rilke’s quote, the history of the world, represented by the masses, has its back turned against us. We cannot see its face or faces, only the clothes that it wears. But the stranger in the middle, around whom history crowds is looking out towards us, and if we meet their gaze, we make a connection, we see the individual. And for a moment they might be a stranger, but through the dialogue which inevitably begins, we get to know them and the world to which they, and indeed, we, belong.

As I’ve said, Ancestry is more than a network of discovered (and undiscovered) relationships between hundreds of people; it’s also an immense collection of dialogues; one can imagine the lines which connect individuals as being like telephone wires carrying conversations between the past and the present. And the more one thinks of all these nodes and connections, the more one begins to see that Ancestry is also a metaphor for memory – after all, what are memories but maps in the brain, patterns of connections between millions of neurons which make a picture of what once was: history as it really is.

Mine the Mountain will run between 1st and 8th October 2008 in Oxford. Download a PDF for venues.